The chairman of the association, Mr Bashir Usaini, faulted the arrest in a statement sent to Channels Television on Saturday.

According to him, the people were on their way to Lagos for a lawful business and their arrest is an abuse of freedom of movement.

Mr Usaini added that the arrest contravened their fundamental human rights guaranteed by Section 41 and 42 of the 1999 Constitution.

He, therefore, called for their immediate and unconditional release and be allowed to carry out their lawful business in Lagos and other parts of the country.

On its part, the Jigawa State government said it has contacted the authorities in Lagos to secure the release of its 123 indigenes.

”Governor Badaru has spoken to the authorities concerned in Lagos and they assure him of their release today,” said the government’s spokesperson, Mr Auwal Sankara.

But the Lagos State Police Command said the arrested persons have since been released and allowed to proceed to their various destinations.

It said they were released after it was satisfied with their legitimate mission of travelling to Lagos from Jigawa State.

Read the full statement from the Jigawa chapter of the NBA below: 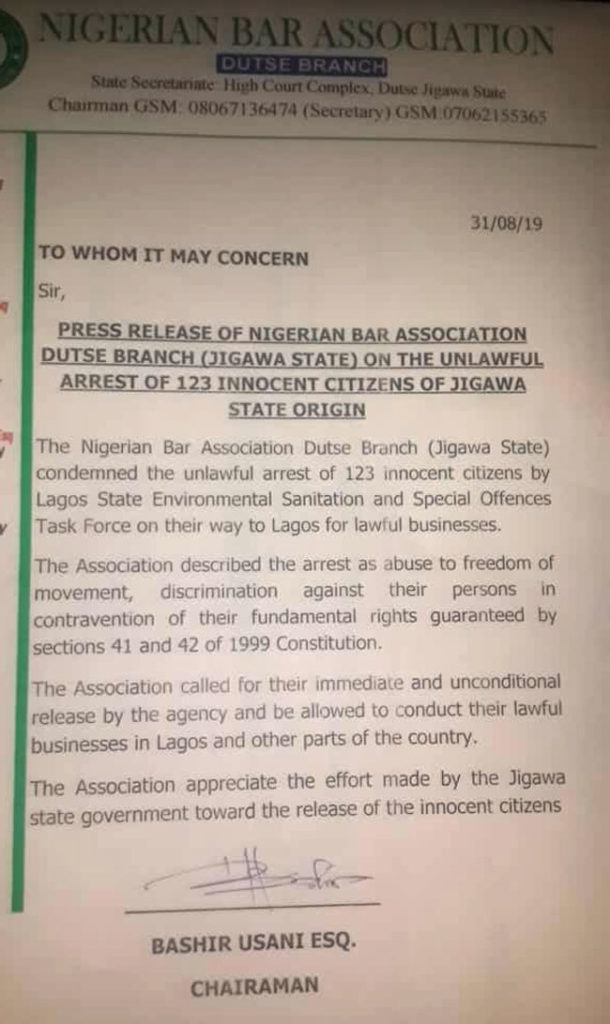