The Islamic Movement in Nigeria is appealing to the general public to disregard a recent statement made by the Senior Special Assistant to the President on media and publicity, Garba Shehu claiming that the fate of its leader, Sheikh Ibraheem Zakzaky lies with the courts and not the Federal Government.

Addressing a news conference in Abuja, spokesperson of the movement, Mr Abdullahi Musa says it is on record that since December, 2016 a Federal High court sitting in Abuja, presided by Justice Kolawole had freed Sheikh Zakzaky and restored his fundamental human rights, but the government has contemptuously refused to obey that court order. 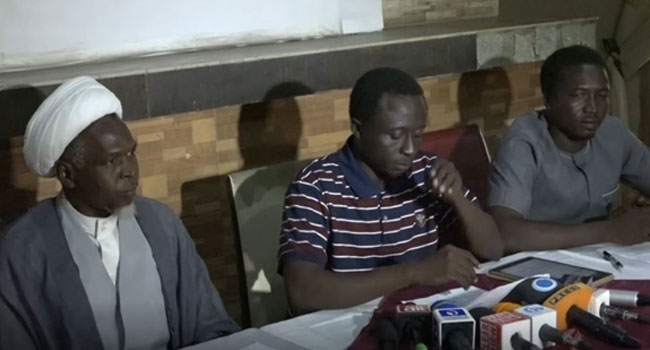 He declares that the court case instituted by the Kaduna state government is a deliberate plot to keep sheikh El-zakzaky in perpetual detention.

Mr Musa adds that the action of the federal government with regards to the leader of the movement is aimed at intimidating members of the movement who have lost parents, spouses and friends to the extra judicial killings by the government.