The Nigerian Air Force (NAF) says it has completed the airlifting of relief materials to Mozambique and Zimbabwe to further assist victims of the massive flooding that affected some communities in the countries in April.

NAF’s Director of Public Relations and Information, Air Commodore Ibikunle Daramola, disclosed this in a statement on Saturday.

He explained that the airlift missions were conducted for the National Emergency Management Agency (NEMA).

According to Daramola, relief materials conveyed include drugs, medical supplies and treated mosquito nets donated by the Federal Government of Nigeria (FGN) to alleviate the sufferings of the flood victims.

“The airlift missions were executed by NAF C-130 Hercules aircraft, in furtherance of the NAF’s constitutional roles of projecting airpower beyond the shores of the country, as well as providing Military Aid to Civil Authority.

The NAF spokesman said the aircrew and NEMA officials handed over the items to officials from the Nigeria High Commission in the two countries for onward delivery to their host governments.

Prior to this, he noted that NAF conducted the first batch of the airlift missions for NEMA using an ATR-42 aircraft in three sorties to airlift a total of 15,000 Kg (15 tonnes) of relief materials to Mozambique, Zimbabwe, and Malawi in May.

Daramola added that in August 2017, the NAF airlifted 38,000 Kg of relief materials to Freetown, Sierra Leone, in the aftermath of the devastating mudslides and floods that ravaged the country. 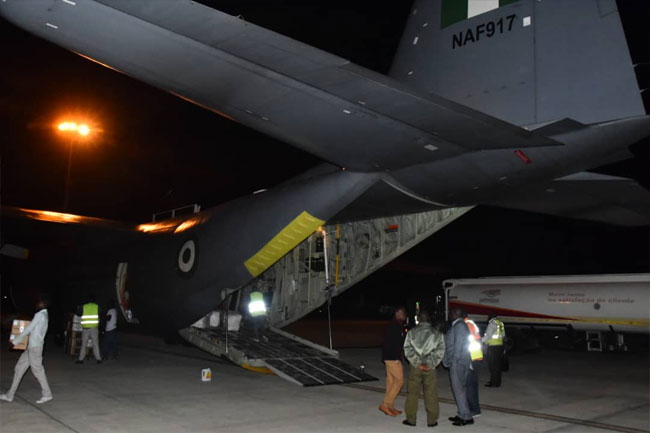 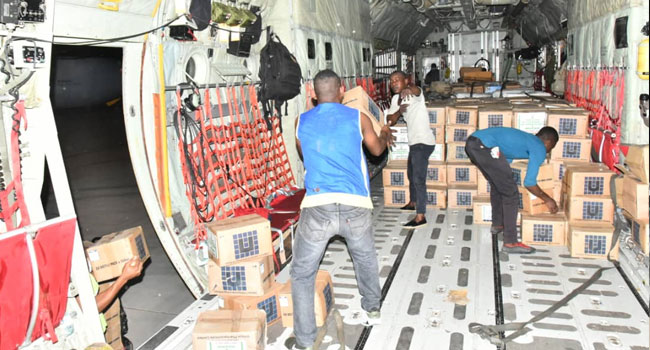 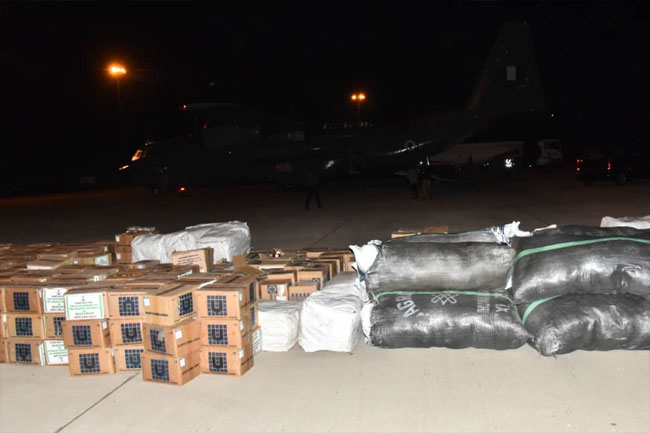