A delegation from the National Assembly has paid a condolence visit to Afenifere leader, Reuben Fasoranti, over his daughter’s death.

Mrs Funke Olakunrin, Fasoranti’s daughter, was shot by armed men on July 12 travelling along the Benin-Ore Expressway in south-western Nigeria.

The leader of the delegation and Deputy Majority Leader of the Senate, Senator Robert Boroffice, addressed reporters on Sunday during the visit.

He said the National Assembly would synergise with the Executive towards putting an end to insecurity in the country.

Senator Boroffice informed the nonagenarian that the issue was raised on the floor of the Senate, adding that there was no need for panic as a result of the recent comments from various parts of the country.

On his part, leader of the delegation from the House of Representatives, Segun Odebunmi, said Olakunrin’s death was a challenge on the government to rise up to its responsibilities of securing the citizens.

He stressed the need for anyone caught in any criminal act to be made to face the wrath of the law.

The leadership of Afenifere led by the General Secretary, Sehinde Arogbofa, received the National Assembly members. 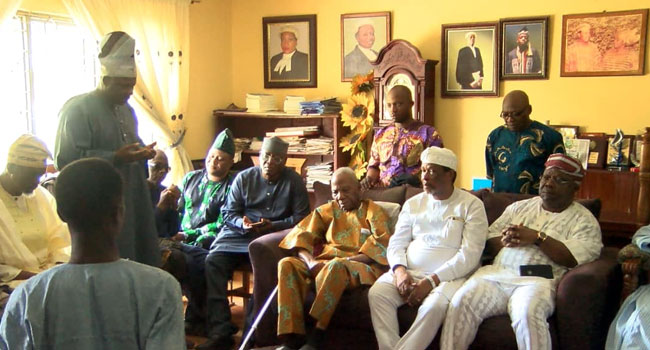 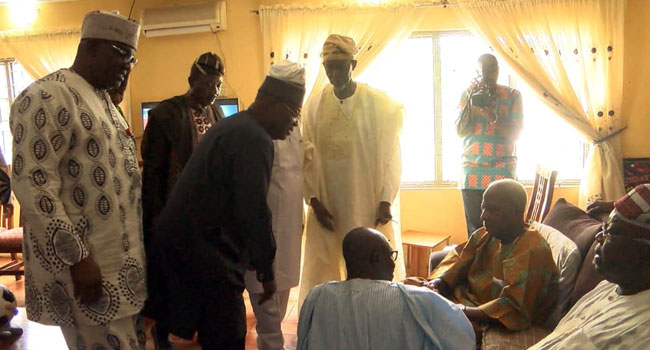