The Acting Chairman, Economic and Financial Crimes Commission, EFCC, Ibrahim Magu has called on Nigerians to help in the fight against corruption by given useful information to boost the whistle-blowing policy of the government.

He gave the charge  on Tuesday, September 17, 2019 at a Town Hall meeting, which held at the Banquet Hall, Arewa House, Kaduna State.

The event, which was organized by Action Aid International, Nigeria, had as its theme, “Governance and Citizens Dialogue on Service Delivery”.

He reiterated that the whistle-blowing policy was still very much in effect, and remained one of the many ways in combating  corruption, which has yielded significant results.

Magu who was represented by Mailafia Yakubu, Head, EFCC Kaduna Zonal Office, however, urged them not to give false or misleading information to the Commission, stressing that such was a crime that was punishable in the court of law.

“The fight against this monster called corruption, is now and it begins with you,” he said.

Similarly, Mailafia admonished students of the Kaduna State Polytechnic, at the 10th Annual National Conference of the polytechnic’s College of Administration Studies and Social Sciences, which held at the institute’s Public Administration Hall.

Speaking on the theme of the Conference, “National Economic Recovery and Sustainable Development in Nigeria”, Mailafia used the platform to admonish parents and guardians, to take interest in the activities that their children engage in, noting that, youths were easily lured into engaging in internet fraud.

In similar vein, Magu has urged civil society groups to keep working and partnering with the Commission to move Nigeria forward. He gave the charge through the Head of the Kano Zonal Office of the Commission, Akaninyene Ezima on Tuesday, September 17, 2019 at an interactive forum in Kano. He charged them to keep the anti corruption crusade of the EFCC alive by engaging the public as the EFCC cannot do it alone.

“It gladdens our hearts that out of your busy schedules, you find time to come and visit us and partner with us in making sure the country move forward.”

“We want the civil society groups to assist us where necessary because we cannot do everything on our own,” he said.
The Chairman of Kano Civil Society Forum, Ibrahim Waiya who led the delegation of Civil Society Groups called on the EFCC to make maximum use of the Administration of Criminal Justice Law of Kano State which was passed into law in 2018 by the Kano State Government.

While applauding the Commission for its professionalism,  Waiya highlighted some key areas of concern which he thinks the EFCC should improve upon. Such areas included human rights protection and bail administration.

In his response, Magu disclosed that the EFCC is conscious of the  ACJA  especially as it relates to the handling of suspects. He stated that the Commission allows counsel to suspect to witness the interrogation,  or in the absence of his/her lawyer, the statement is video recorded as provided by ACJA.

He added that the Commission’s detention facilities are also regularly inspected by magistrates as provided  by ACJA.

“If you visit our cells, you will find out that it’s is pretty comfortable, We respect the human rights of our suspects. It is the duty of the court to pronounce you guilty, so when a suspect is with us, he is treated on presumption of innocence,” he added. 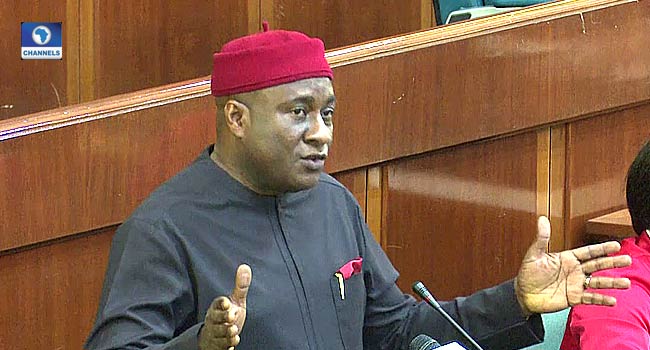 R.Kelly’s friend who paid his bail bond wants her money back 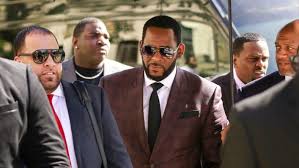