Nigeria’s Golden Eaglets have maintained their perfect start at the FIFA U-17 World Cup tournament ongoing in Brazil.

The team continued their winning streak on Tuesday night in Goiania with a brilliant fightback against Ecuador in the second Group B match of the competition.

The fascinating match began with a superb performance from Ibrahim Sa’id who netted the opener for the five-time champions just five minutes after kickoff.

Moments later, defender Daniel Jinadu made a mistake which led to an own goal against Nigeria as Ecuador grabbed an equaliser and sustained it till the end of the first half.

Barely 10 minutes after the restart, the Eaglets got committed a foul in the box-18 while Johan Mina set the South American side on the lead with a goal from the penalty spot.

However, Nigeria’s hopes of winning were revived again when Sa’id scored an equaliser in the eighty-fifth minute and reclaimed the lead for the Eaglets four minutes later.

With Saíd’s hat-trick, Nigeria sit top of Group B with six points while Ecuador are second with three points.

On the other hand, Hungary and Australia, who will meet on Wednesday, are third and fourth on the table.

The Eaglets beat Hungary 4-2 in the opening match while Ecuador defeated Australia 2-1. 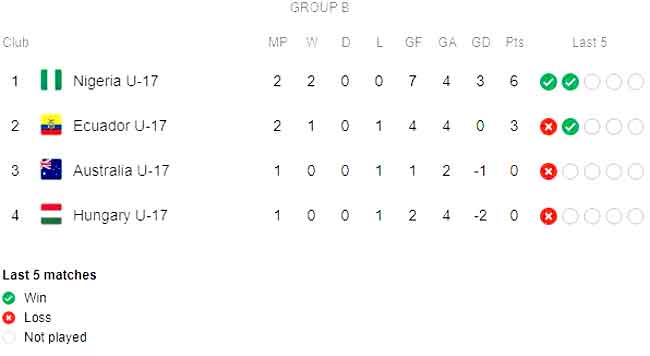 Say hello to the first hat-trick hero of the #U17WC, Nigeria’s Ibrahim Said! 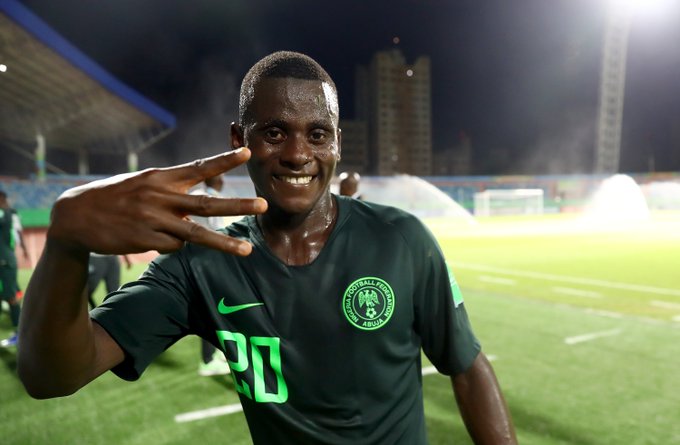