he Chief Justice of Nigeria, Justice Tanko Muhammad, has said that the Judiciary will not tolerate disobedience to court orders.

Justice Tanko warned that flagrant disobedience of court orders is a direct invitation to anarchy.

Speaking in Abuja on Monday at the special court session marking the beginning of the new legal year of the Supreme Court and the inauguration of 38 new Senior Advocates of Nigeria, the Chief Justice said it is time for the Judiciary to take its destiny into its hands and operate independently.

According to the CJN, poor remuneration of judges and funding of the Judiciary is an attack on its independence. 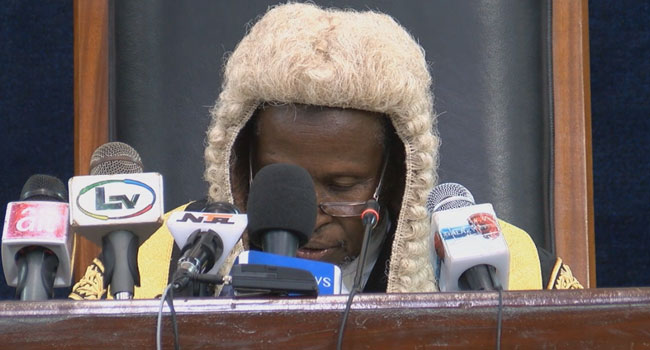 He stated that the lack of financial freedom threatens the operations and independence of the Judiciary.

“If you say that I am independent, but in a way, whether I like it or not, I have to go cap in hand, asking for funds to run my office, then I have completely lost my independence.

“It is like saying a cow is free to graze about in the meadow but at the same time, tying it firmly to a tree. Where is the freedom?” Justice Tanko said.

He enjoined all concerned to allow the judiciary to enjoy its independence holistically.