Anxiety looms in other parts of the country, as long queues persists In Lagos & Abuja

Fuel queues on Tuesday morning emerged in Lagos with a tailback stretching across some parts of the state.

This caused gridlock in major parts of the state affecting traffic movement.

Some fuel stations were locked while a few which were opened had long queues of motorists waiting to buy fuel.

On the Island, many filling stations were also seen with long queues.

The situation is not different in the capital city, Abuja, and surrounding states where the majority of filling stations were shut and motorists spent hours in the sun struggling to buy from the few that were open.

These fuel queues have emerged in Lagos despite the assurance by Nigerian National Petroleum Corporation (NNPC) over a week ago that the company has sufficient stock of Premium Motor Spirit, otherwise known as petrol, to meet the needs of Nigerians.

In a statement released on Wednesday, January 26 by the Group Managing Director, Group Public Affairs Division of the NNPC, Garba Deen Muhammad, the corporation warned against panic-buying and assured that it remains deeply committed to ensuring energy security for the country. 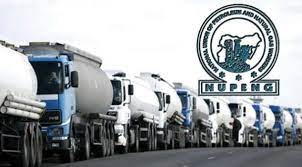