President Muhammadu Buhari is currently presiding over a security meeting at the State House in Abuja.

This is taking place hours before his scheduled trip to the United Kingdom today for a routine medical check-up.

Those in attendance Chief of Defense Staff, Lucky Irabor who arrived at the State House shortly before 10.00 am; the Chief of Army Staff, Ibrahim Attahiru; Chief of Naval Staff, Awwal Gambo, and the Chief of Air Staff, Vice Marshal Isiaka Amao.

Others at the meeting include Vice President, Yemi Osinbajo; the Secretary to the Government of the Federation, Boss Mustapha; Chief of Staff to the President, Ibrahim Gambari; the National Security Adviser, Babagana Munguno; and the Inspector General Of Police, Mohammed Adamu. 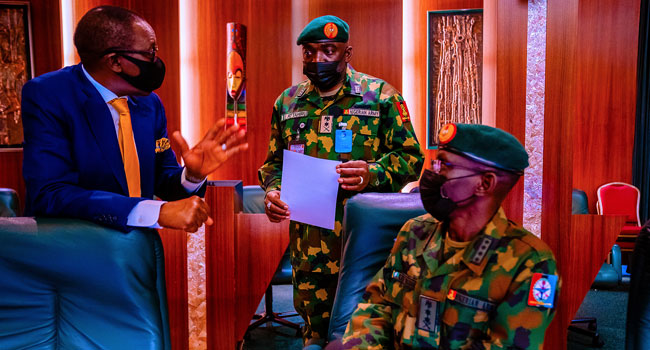 President Buhari is expected to proceed to London, the United Kingdom for a routine medical check-up, later today.

He is expected back in Nigeria during the second week of April 2021.

President Buhari had embarked on several medical trips between 2015 and 2019. During one of his trips in 2017, he spent 103 days in London with the Vice President, Yemi Osinbajo, acting as the President then. 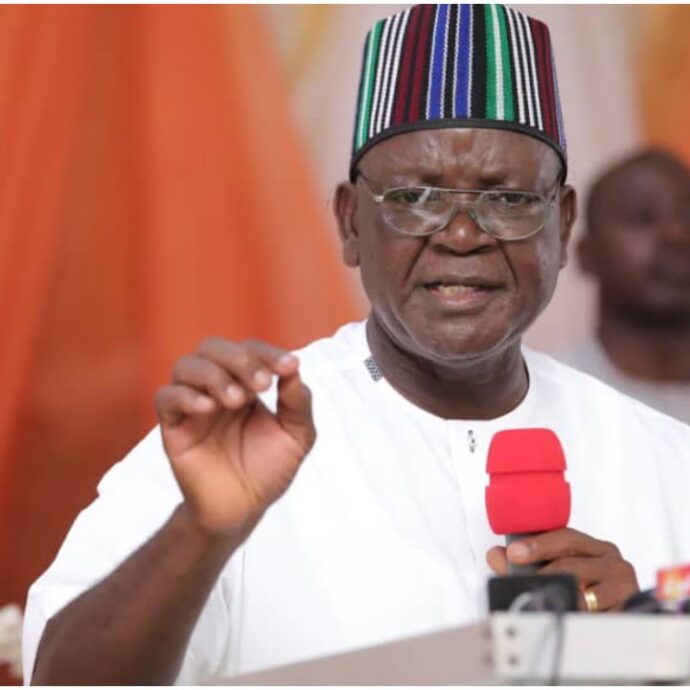 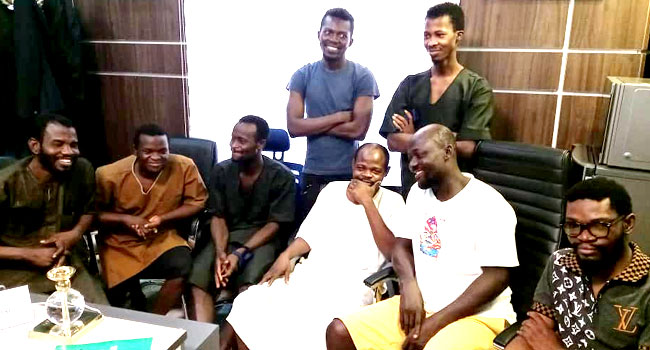