The Supreme Court on Friday struck out President Muhammadu Buhari and the Attorney General of the Federation’s suit challenging Section 84(12) of the Electoral Act. The case was expunged on the grounds that it lacks the jurisdiction to entertain the suit and is an abuse of court process. Earlier, a notice for the judgment delivery […]

The Independent National Electoral Commission, INEC has bowed to pressure from Nigerians to extend the deadline for voter Registration, POLITICS NIGERIA has gathered. The ongoing continuous voter registration (CVR) exercise was initially slated to end at the end of June, 2022. Chairman of the House of Representatives Committee on Electoral Matters, Hon. Aishatu Jibril Dukku, […]

The governor of Kaduna State, Nasir El-Rufai has ruled out vying for any post in the forthcoming general but said only President Muhammadu Buhari can make him rescind the decision.  He said this on Wednesday in reaction to speculations that he will be the running mate to the former governor of Rivers State, Rotimi Amaechi […]

The pan-Yoruba socio-political group, Afenifere, has backed calls for the South East to produce the country’s next president, questioning those who think the region does not deserve the seat. The leader of the group, Ayo Adebanjo, said this on Wednesday during an interview on Channels Television’s Politics Today, hinging his argument on federal character and equity. […]

President Muhammadu Buhari on Wednesday swore in six National Commissioners of the Independent National Electoral Commission (INEC). The News Agency of Nigeria (NAN) reports that the event preceded the commencement of the virtual meeting of the Federal Executive Council (FEC) held at the Council Chamber, State House, Abuja. The national commissioners are Mohammed Haruna (Niger), […] A Federal High Court in Abuja, on Monday, struck out a suit seeking the disqualification of former Vice President Atiku Abubakar, from contesting the 2023 presidential election. The suit, marked FHC/ABJ/CS/177, challenged Atiku’s eligibility on the premise that he is not a Nigerian by birth. Recall that the subject of Atiku’s citizenship came shortly after […] 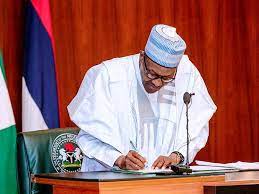 The Independent National Electoral Commission (INEC) and civil society organisations on Monday called on President Muhammadu Buhari to sign the Electoral Act Amendment Bill. The National Assembly has passed the bill and transmitted the document to President Buhari on November 19 for assent. While the Executive Director, Policy and Legal Advocacy Centre, Clement Nwankwo, asked […]

The Anambra State supplementary election will hold from 10 am to 4 pm on Tuesday, the Independent National Electoral Commission (INEC) has said. INEC National Commissioner and Chairman, Information and Voter Education Committee, Festus Okoye, announced this via a statement issued on Monday. He said the Commission made a slight adjustment to the commencement and […] 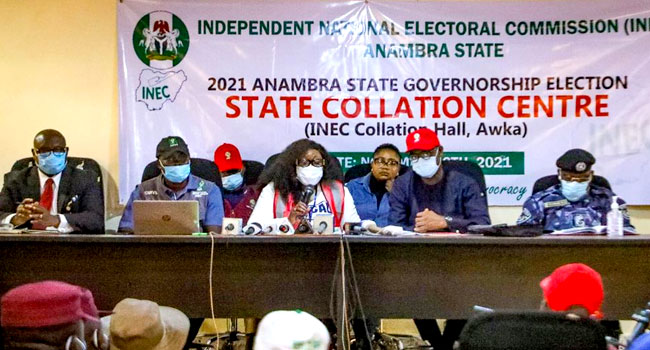 The Independent National Electoral Commission (INEC) has fixed Tuesday, November 9 for a supplementary election in Ihiala Local Government Area of Anambra State. Returning Officer for Saturday’s governorship election in the state, Professor Florence Obi, announced this in the early hours of Monday. The decision to hold supplementary elections in Ihiala LGA follows the failure […]