The Academic Staff Union of Universities (ASUU) will appeal the ruling of the National Industrial Court which ordered the lecturers to call off their ongoing strike. Mr Femi Falana, who is the counsel to the union, confirmed this to Channels Television on Wednesday hours after the ruling of the court, saying he was preparing the […]

The Minister of Education Adamu Adamu believes Nigerians do not have “good reasons” to be disappointed with the Federal Government’s handling of the Academic Staff Union of Universities (ASUU) strike.  He said this on Wednesday during an interview on Channel Television’s Politics Today. The lecturers have been on strike since February 14th but negotiations between them […]

The Academic Staff Union of Universities (ASUU) has extended the ongoing strike by twelve weeks, the president of the union, Prof Emmanuel Osodeke said on Monday.  In a statement he issued after an emergency National Executive Committee meeting of the association at the University of Abuja on Sunday, the ASUU president said the decision was […]

The President of the National Association of Nigerian Students (NANS), Sunday Asefon on Thursday suggested that the union is prepared to hit the streets to protest the strike embarked by the Academic Staff Union of Universities. Mr Asefon made the comment while speaking on Channels Television’s Sunrise Daily. According to Mr Asefon, the government appears […]

The Minister of State for Education, Emeka Nwajiuba, has said the Academic Staff Union of Universities (ASUU) cannot dictate to the Federal Government what platform to be used in paying their salaries. He stated this in Abuja while addressing journalists shortly after receiving his presidential Nomination Form of the All Progressives Congress (APC) purchased for […]

Another major setback looms in the nation’s education sector as the Non-Academic Staff Union of Educational and Associated Institutions (NASU) and the Senior Staff Association of Nigerian Universities (SSANU) threaten a total and indefinite strike. The Joint Action Committee (JAC) of NASU and SSANU announced this in a communique on Wednesday, amid the ongoing warning […]

The Academic Staff Union of Universities (ASUU) has extended its warning strike by eight weeks, the union said on Monday. ASUU reached the decision after its National Executive Council (NEC) meeting held at the University of Abuja secretariat of the union following the expiration of its one-month warning strike.

After almost eight hours of an intensive closed-door meeting on Tuesday, both the Nigerian government team and the leadership of the striking Academic Staff Union of Universities (ASUU) emerged at about 11 p.m. with an indication of possible resolution of the areas of conflict between the two parties. The president of ASUU, Emmanuel Osodeke, declined […]

ASUU Strike: We Are Tired Of Govt’s Promises,We Want Action

The Academic Staff Union of Universities (ASUU) maintains that it will not back down on the current industrial action, accusing the Federal Government of not keeping to its promises.  President of the union, Emmanuel Osodeke said this on Monday, more than two weeks after ASUU declared a one-month warning strike over the Federal Government’s inability […] 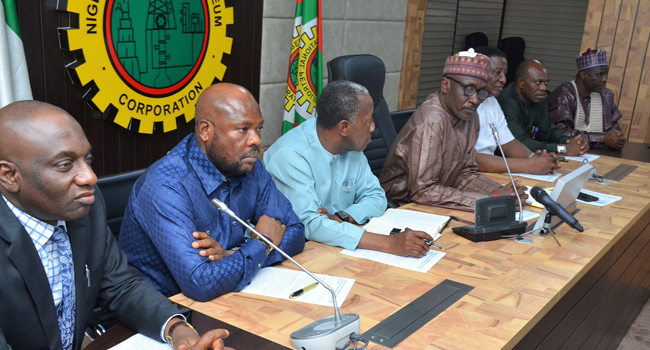 The Petroleum Tanker Drivers arm of the Nigeria Union of Petroleum and Natural Gas Workers (NUPENG) and the Nigerian Association of Road Transport Owners (NARTO) have shelved their planned strike. The groups had threatened to go on strike over claims of diversion of the N621bn road fund provided by the Nigerian National Petroleum Company (NNPC) […]