Confirmed Cases Of COVID-19 In Nigeria Rise To 36

The number of confirmed cases of the novel coronavirus (COVID-19) in Nigeria has risen to 36.

The figure rose after the Nigeria Centre for Disease Control (NCDC) announced on Monday that six new cases had been confirmed.

As of 9:45am, a breakdown of the figure showed that two cases were confirmed in the Federal Capital Territory (FCT) and Lagos respectively, while one case was confirmed in Edo State. 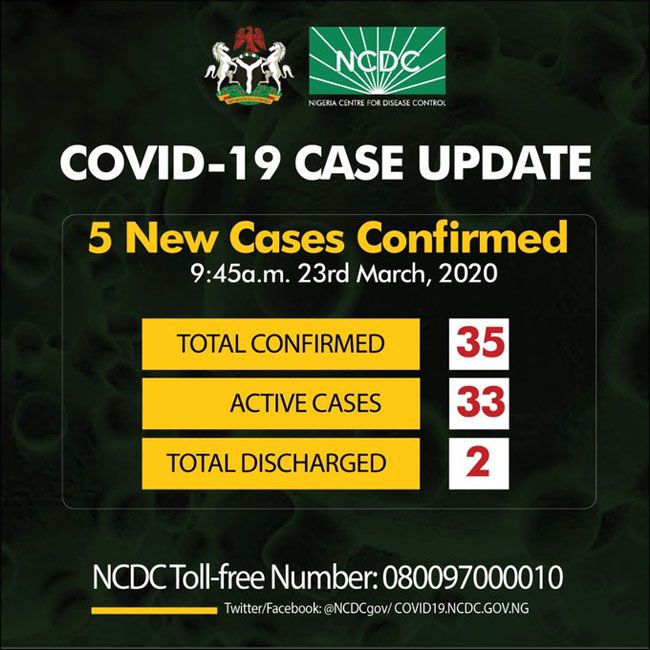 Of the total figure of 35 reported earlier, Lagos State and the FCT recorded 24 and six confirmed cases of COVID-19, being the highest in the country.

Similarly, Ogun State has confirmed two cases while Ekiti, Oyo, and Edo States have recorded one case each.

In tweets on its verified handle on Monday, the NCDC explained that 33 of the confirmed cases were active while the other two had been discharged.

2 cases are returning travellers from the UK 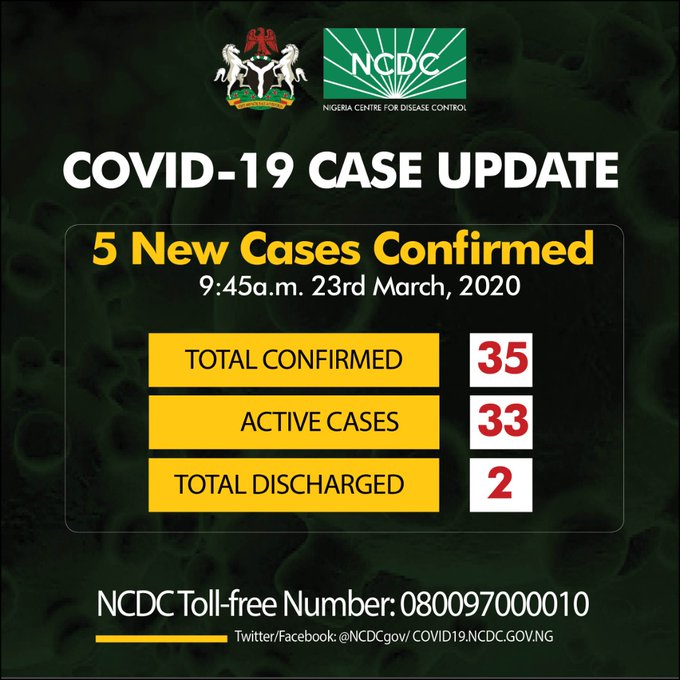 For a breakdown of cases by states in real time, please see http://covid19.ncdc.gov.ng

1,841 people are talking about this

Moments later, the NCDC updated the figure in another tweet in which it announced that Nigeria has recorded its first death from coronavirus.

The case is said to be a 67-year-old male who returned to the country following medical treatment in the United Kingdom. 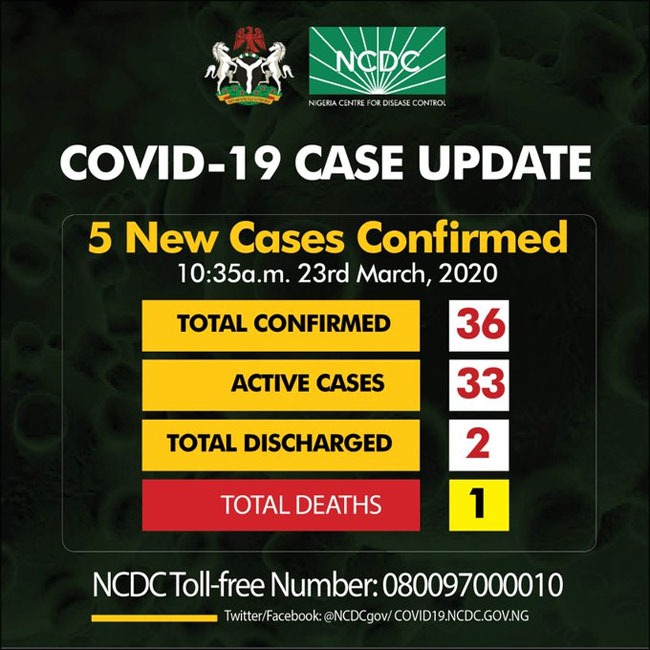 According to the NCDC, he had underlying medical conditions such as multiple myeloma and diabetes before his death.

This brings the total number of confirmed coronavirus cases in Nigeria to 36 out of which 33 are active.