A third prosecution witness, Doctor Aghogho Owhojedo, the Oromoni’s family doctor, has testified at the coroner’s inquest investigating the controversial death of the Dowen College Student.

The doctor, who treated the late Sylvester Oromoni Jnr from Nov 26th when he arrived in Warri till Nov 30th, 2021 when he finally died, testified that he did not see any evidence of physical assault on the deceased.

While answering questions from counsel to one of the accused Dowen College Students, Senior Advocate of Nigeria, Godwin Omoaka, the family doctor also told the coroner, Magistrate Mikhail Kadiri that Sylvester Oromoni Jnr did not die of blunt force trauma.

In the proceedings, which lasted over 7 hours at the Coroners Court sitting in Ikeja, Dr. Owhojedo said he treated the late Sylvester at the Oromoni’s home in Warri because his condition was not life-threatening when he first saw him on the 26th.

“Because you felt his condition was not critical, you disagreed with his father when he requested that you admit the young man to the hospital?” the counsel asked

“No, that is not correct”, replied the doctor.

“So why did you not admit him?” the counsel questioned. The deceased father called me and said his son sustained injuries while playing football. The child was given first aid in school at the sick bay and there was no evidence of fracture or dislocation, on his upper or lower limbs.

“His body was very hot as he had a high temperature of 38.7oc. The private ward was not available at that time and since there was no fracture or dislocation, I managed him at home on an ad-hoc basis, a nurse was with him,” the doctor explained.

The counsel asked again, “On the 26th when you examined the young man, did you see any evidence of physical assault on him.?”

“No, I did not” came the physician’s reply. He however admitted that the late
Sylvester was in pain from the 26 to the 30th of Nov. 2021 when he died.

Speaking further about the care administered to Sylvester, the doctor explained that he “took blood samples and did a test for full blood count, random blood sugar, and typhoid fever.

“That result showed he had malaria fever and we treated him for malaria from the 26th to the 28th with a nurse in attendance. I equally noticed the redness of the upper lips which may not be a result of malaria, so I referred them to St. Louis Diagnostics for scan and x-ray on the 29th.

“The result got to me late on the 29th and revealed that the boy had enlarged liver.

When asked if he took any sample from the boy’s body to determine if he ingested anything, Doctor Owhojedo said, he got the information on the 29th that the deceased was given harmful substance to ingest and he told the parents that the initial information given to him was wrong.

“I told the parent to take him to a toxicology screening and that was when we took the decision to take him to the Delta State Teaching Hospital, Oghara,” the medical practitioner stressed.

The counsel went on to ask Doctor Owhojedo if he accepts that between the 26th and 30th Nov, Sylvester’s condition gradually deteriorated, but the physician was of the opinion that the deceased got better a bit but not as good as was expected.

He added that “based on the history given to me, that he sustained an injury while playing football…If I had been told he took harmful substances initially or much earlier, I would have initiated a transfer much earlier and a toxicological screening much earlier”.

When asked if an injury while playing football can lead to the introduction of infection, in this case, sepsis into the body if not properly managed, the doctor replied: “Yes it can”.

“Would I be correct to say and would you accept that Sylvester Oromoni did not die as a result of blunt force trauma?” the defense counsel questioned,

The counsel – Godwin Omoaka  – then questioned that “based on what you have told the court; you cannot say that that he invested any harmful substance?”

“I’m not a pathologist or a toxicologist, I cannot answer that question,” the doctor answered.

While answering questions under cross-examination from counsel to Dowen College, Anthony Kpokpo, the witness testified that as of November 26, 2021, he ran some laboratory blood tests.

When asked for the interval he visited the child at home, the witness admitted that between the 27th & 28th, there was a time-lapse of 32 hours.

“If he had been in your hospital, would you have been away from a patient with severe painful distress, with an enlarged liver for 32 hours? Explain to the court what the circle of ward round is?”

“Ward-round is done every morning and sometimes in the evening with the nurses.”

“On the 30th you revealed that the patient was brought in dead on arrival?” the counsel inquired and the doctor replied, “yes, he was rushed to the clinic at about 10 am, and because of much wailing and sadness, I did not issue a death certificate.”

Counsel to the Lagos State Government, Mr Akin George also cross-examined the family doctor who admitted that the late Sylvester Oromoni, was not taken to a hospital for treatment but was taken to church by his family for prayers.

“What was your response to the treatment at a church as opposed to a proper medical facility?” the counsel asked.

“I am aware that the church is not a treatment centre. I am not against prayer, I will prefer a combination of both prayer and medical treatment,” the doctor replied.

He said that the late Oromoni could not be taken to the teaching hospital because his condition deteriorated and he passed away.

“Which hospital was he ever taken to before he died?” George asked. “He was treated at home,” the doctor responded.

The Coroner, Magistrate Mikhail Kadiri, adjourned proceedings till February 7th when the father, Sylvester Oromoni senior and his daughter, are expected to testify.

FG Will Honour Agreements With ASUU, Buhari Tells CAN, Sultan 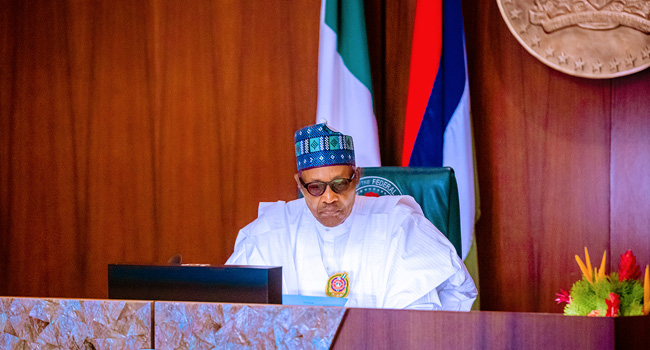