The Federal Government on Thursday convened a conciliatory meeting with the Kaduna State government and the Nigeria Labour Congress (NLC) to resolve the impasse that has grounded labour activities in the state.

Mr Chris Ngige, who is the Minister of Labour and Employment, presided over the meeting while NLC National President, Ayuba Wabba, led other labour leaders to the discussion.

But the Commissioner of Local Government Affairs in Kaduna, Jaafaru Sabi, represented Governor Nasir El-Rufai and the state government.

On the deliberations at the end of the meeting, Ngige told reporters that the state government delegation disagrees with the labour leaders.

He noted that the meeting, thereafter, resolved to constitute a 10-man committee comprising six state government officials and three NLC representatives to discuss and resolve the impasse.

The minister stated that the committee chaired by the Head of Service in Kaduna State was given a mandate of up to Tuesday next week to report to him.

According to him, the meeting agreed that no person shall be victimised for participating in the industrial action in Kaduna after which both parties appended their signature to the documents.

Giving his opening remarks shortly after the meeting began, Ngige had said that the Federal Government was very concerned about developments in Kaduna due to insecurity.

He decried that the situation was further compounded by the strike, which was already crippling economic activities in the state, noting that this informed the intervention of the Federal Government.

The minister believes the labour issues could have been avoided and all parties to the negotiation are products of the Nigerian Constitution, hence the need to work together for the well-being of the people.

He stressed the importance of dialogue and the need for restraint in trying to enforce one’s rights, after which he laid the ground rules for the discussions and appealed to the parties to give peace a chance while negotiations continued.

Ngige had, however, warned that he would not hesitate to invoke relevant sections of the Trade Dispute Act and escalate the situation to the National Industrial Court if the intervention efforts fail.

In his remarks, Jaafaru stated that the state government was very displeased and condemned the actions of the NLC in its attempt to shut down the state.

He outlined some of the efforts of the state government to promote the welfare of civil servants, including the implementation of the N30,000 minimum wage.

The commissioner disclosed that the state government had employed 25,000 primary school teachers and 1,700 science teachers in secondary schools, besides other employment processes that were already in the advanced stage.

According to him, the public service consumes four out of every five naira the state has while salaries and allowances take a huge chunk of revenue allocations to the local governments.

Wabba, on his part, thanked the Federal Government for its intervention, saying the issue that brought the parties to the meeting was because of the state government’s policy to downsize its workforce.

He explained that the crux of the issue was the payment of emoluments to affected staff during redundancy, stressing that this was never done.

The NLC president stressed that the state government never engaged with the workers before disengaging them, insisting that the right thing was never done.

He accused the state government of ignoring the series of letters sent to it requesting that the workers should be engaged before being disengaged from service.

The decision to protest and to go on strike, according to him, is the last resort and labour never went to any office to disrupt any service during the protest in Kaduna.

Wabba informed the meeting that all that the labour wanted was transparency in the process of disengaging the workers.

I Have Integrity, I Joined APC To Help Buhari Reduce Tension In Nigeria – Ayade 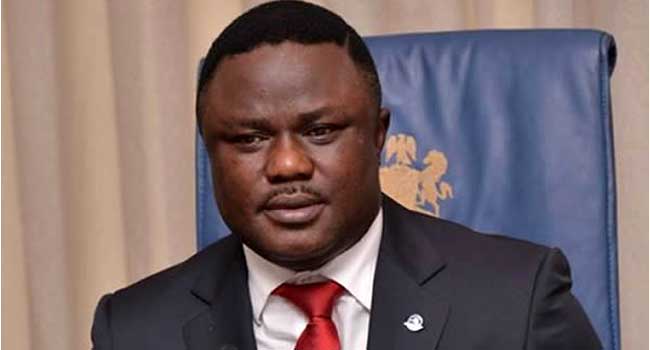