As a dispute between resident doctors and the management of the Federal Neuro-Psychiatric Hospital, Yaba (FNPHY), Lagos, enters its fourth week, what is the fate of the institution’s patients?

Following the resolution reached at a congress which held on August 19, the Association of Resident Doctors at the FNPHY decided to continue the indefinite strike which began July 31.

They say that the shortage of resident doctors has led to a massive workload that has caused many doctors to leave the institution.

The plight of the resident doctors

Dr Azeez Enifeni, the President of Resident Doctors at the FNPHY ARD told Channels Television that the shortage of manpower has taken its toll on the doctors as well as the patients and their relatives.

The ARD President enunciated that resident doctors are doctors who have bagged the basic medical degree and are now working on a post-graduate degree, adding that these doctors are usually trained by hospitals where they attend to patients and seat for certain professional exams in the course of their stay which is often between five to six years. 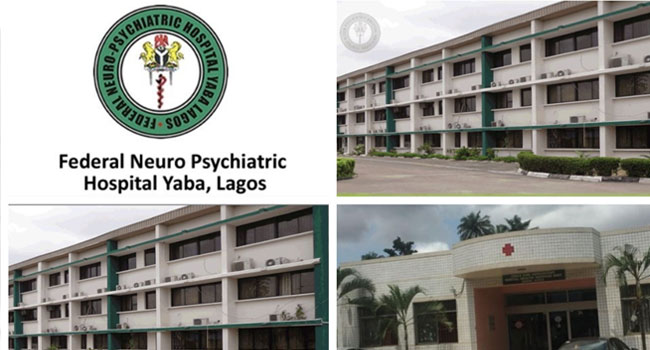 Dr Enifeni stressed that the resident doctors do the bulk of the work, attending to patients on every clinic day.

“Number two is, for the past four years, over forty doctors have left the system and only fifteen have been replaced, more units have been set up, more wards have been set up so over time the workload has increased but those who are the engine room of the clinical services which is the resident doctors have dwindled in numbers.

“Also the fact that on an average, in a week, because we have two arms of the hospital, we see over a thousand patients in the clinic spread among days. One of the reasons being that our clients don’t necessarily have mortalities like other specialities where people may die off, so we tend to kind of rollover, hence over a thousand a week in both arms of the hospital, that is plus emergencies which we see every day. We have the Oshodi Child and Adolescents and we also have an emergency hospital in Yaba, so the workload keeps increasing”.

Dr Enifeni went on to say that the resident doctors would have to bear the weight of work and the pressure of academics at the same time, a situation which he says many have not been able to balance appropriately.

“So you find a couple of doctors failing their professional exams and having to stay longer before they get certified,” he said.

Fate of the patients hang in the balance

The ARD President went further to speak about how the shortage of resident doctors and the ongoing strike is affecting the health of the patients.

He said, “Looking at the patients, our hospital is the foremost hospital in the Southwest, so we have a lot of people being referred to us; it’s a hospital of about 525 to 535 beds; we have the major facilities so you have different referrals even from sister hospitals.

“So you have patients coming in at about 5:30 am to 6:00 am, a lot of people leave their homes at about 4:30 am to get to the clinic very early and then they do not leave the hospital till about 5:30 pm because the major people who are doing the work, who are to see the patients in the clinic, are too few. You have a situation where one doctor sees about 60 patients in a day at the clinic, which is supposed to run from 9 am to 2 pm; but we run clinic till about 5 pm.

“A lot of them do not even eat before they come, not to talk of the rigours of sitting and waiting for the doctors. It is so bad that you have a lot of patients shouting on other patients, asking them not to complain to the doctors, not to do the primary thing which they have come to do, which is to complain. They shout because if a patient complains, then we will have a lengthy discussion. You need at least thirty minutes to say you have had a good clinic session and these resident doctors are to see sixty people.”

Dr Enifeni stressed that the failure to employ more resident doctors has become a major challenge for service delivery in the hospital, adding that the ARD has been meeting with the institution’s management and governing board urging them to employ more doctors, a plea which he says have not been listened to, one which he believes have not been given top priority.

“Since 2014, there has been no major employment of resident doctors in the institution. Over 40 doctors have left only about 15 has been employed to replace those who left. We had about 67 resident doctors in the hospital in 2014, now we have only 33 doctors on the ground. This is something that has been going on for a while. This is not acceptable as it is putting a strain on service delivery in the hospital.”

He urged the management to see the demands of the ARD as urgent and act in the same capacity as to speed up recruitment processes.

The ARD President while regretting that things had to degenerate to the level of an industrial action, said that the doctors will continue with the strike till there are clear indications that the hospital management is heading their call.

We have not gotten approval, says management

Reacting to all the issues raised by the resident doctors, Mrs Philomena Omoike, a spokesperson of the hospital said there are processes and procedures when it comes to recruiting of doctors for the institution.

Mrs Omoike in an interview with Channels Television, said the management and board of the hospital are have been giving the demands by the doctors serious consideration but are yet to get the approval of the government with regards to the request for more doctors.

She said just before the strike commenced on the 31st of July, the management met with the resident doctors as to avert the industrial action.

According to her, the ARD made about four demands including, “he employment of 10 locum doctors, and 20 resident doctors.

She stressed that the management cannot do all these alone because they have supervisors and authorities to work with.

Mrs Omoike further stated that when the strike commenced, “the management called for a meeting and appealed to them to call off the strike that they will look into their issue and even before now, the management had written the authorities for employment of resident doctors and immediately on the 5th of August the management employed five locum doctors that started work on that same day. After that management have been pleading, even the NLC have pleaded with them to resume duty and assured them that they should give the hospital time that their demands especially the shortage of doctors will be looked into”.

She said the management has written the authorities and are waiting for further directives, adding that the process takes stages.

The hospital spokesperson also partially blamed the shortage on doctors leaving before finishing their programme. She stressed that some of the doctors exit without giving the hospital an ample period to employ, adding that the process of exiting is easier than the process of employing.

Mrs Omoike said fifteen doctors were recruited last year and the management has applied for fifteen this year to fill the gap for the resident doctors who will be exiting this year.

She said the hospital feels that the strike should have been called off after the first week. She, however, appealed that the resident doctors stop the strike and resume their duties.