The Federal Government has approved the recognition and observance of September 16 of every year as National Identity Day.

A statement from the National Identity Management Commission (NIMC) on Friday described the approval as a practical move to create awareness on the importance of identification as a modern tool for national development and social cohesion.

NIMC’s General Manager of Operations and Corporate Communications, Mr Abdulhamid Umar, who signed the statement, said the Secretary to the Government of the Federation (SGF), Mr Boss Mustapha, conveyed the government’s approval.

According to him, the approval was given in a letter dated August 29, 2019, and addressed to the Director-General of NIMC, Aliyu Aziz. 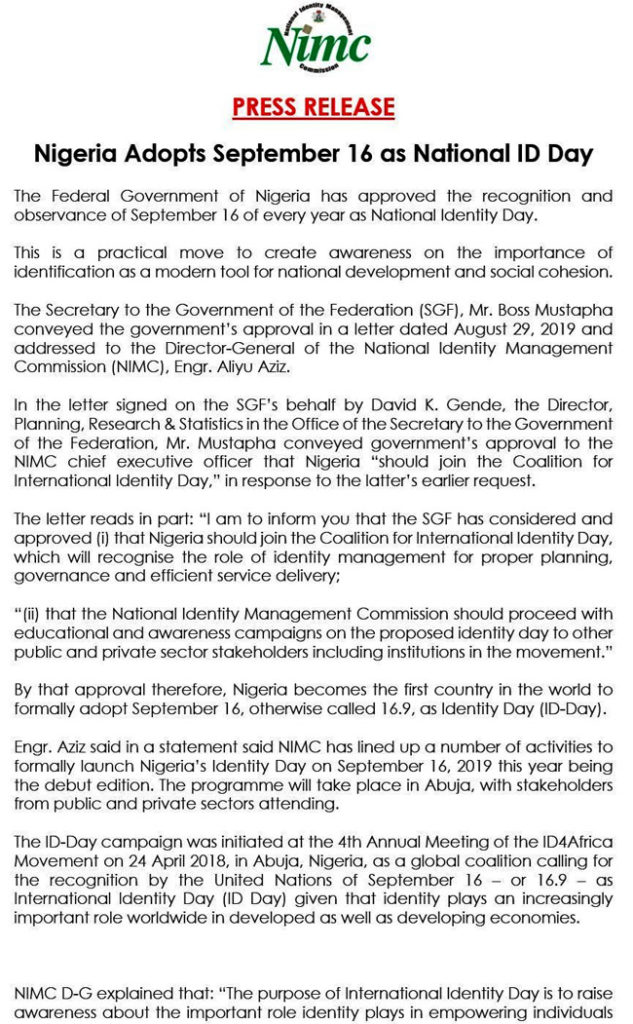 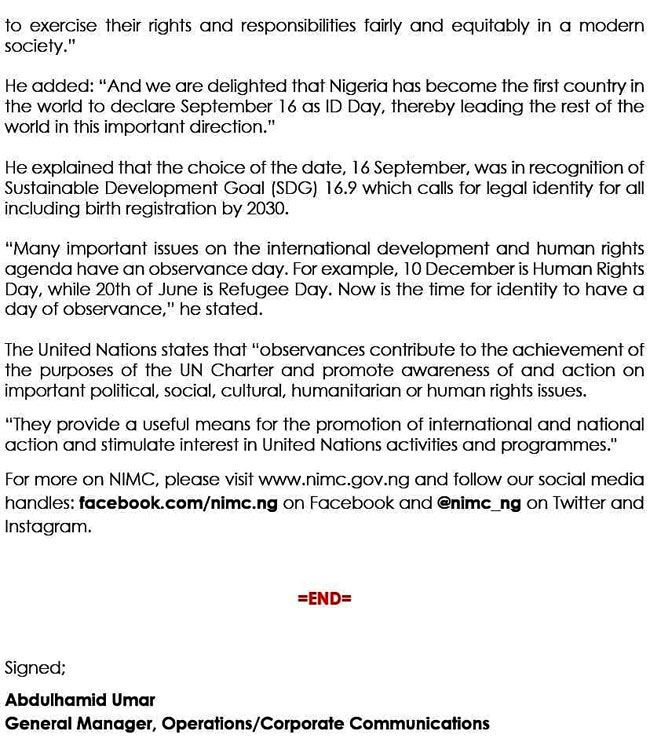