The fight against the coronavirus pandemic in Nigeria seems to be getting better since the country commenced the vaccination of its citizens.

Barely two weeks after the vaccination exercise began, the country recorded its lowest single-day figure in about four months and no new death was reported.

The Nigeria Centre for Disease Control (NCDC) – which manages disease outbreaks in the country – noted that 120 new cases were reported.

In a late-night tweet on Sunday, it noted that the new cases were reported in 13 states of the Federation and the Federal Capital Territory (FCT).

The last time Nigeria reported cases lower than Sunday’s figure was on November 29, 2020, and 82 fresh infections were confirmed. 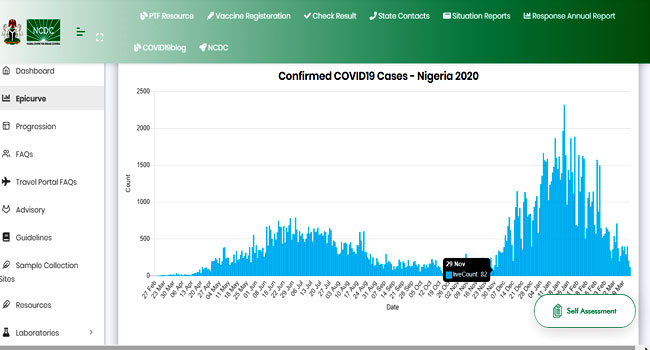 Lagos reported the highest number of fresh infections – 32, and was followed by Rivers, Kaduna, and Bayelsa where 25, 20, and 13 cases were confirmed.

Nigeria commenced its vaccination exercise on March 5 and the President, his vice, state governors, and top government officials, as well as frontline health workers, have taken their vaccine jabs.

See the breakdown of COVID-19 cases according to states below:

AFCON 2021 Will Be ‘A Success’, CAF President Assures