“The troops overran the position of the terrorists with a heavy volume of fire from both land and air, killing over 20 insurgents,” army spokesman, Brigadier General Onyema Nwachukwu stated in a communique early on Monday. 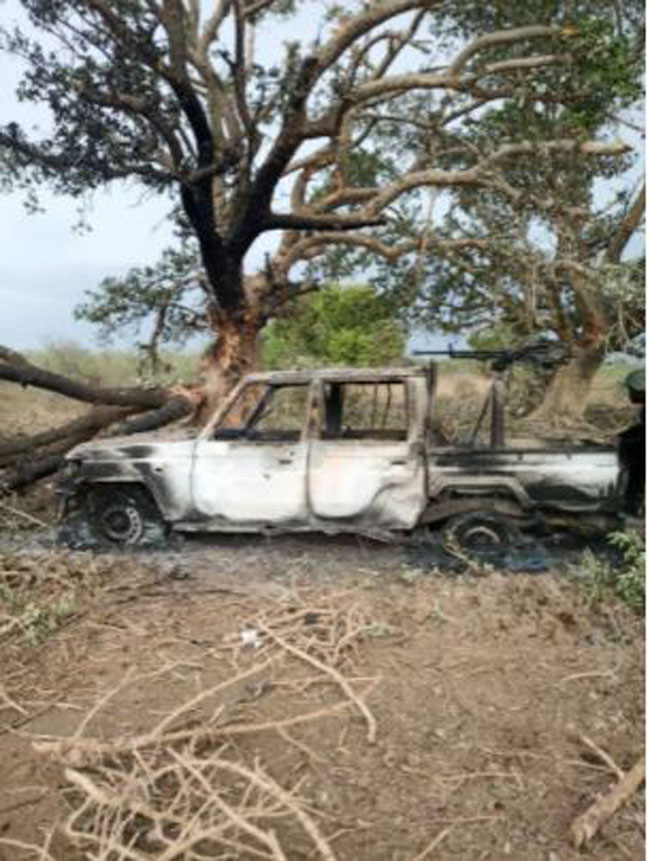 The troops also captured heavy fire weapons and arms, including three Anti Aircraft Guns, three AK 47 Rifles, and two Gun Trucks, aside from two other Gun Trucks that were destroyed by the troops.

General Nwachukwu disclosed that the Chief of Army Staff (COAS) Major General Faruk Yahaya has congratulated the troops for the successful conduct of the operation.

The COAS enjoined the troops to sustain the ongoing offensive under Operation HADIN KAI, until the insurgents are completely surmounted. 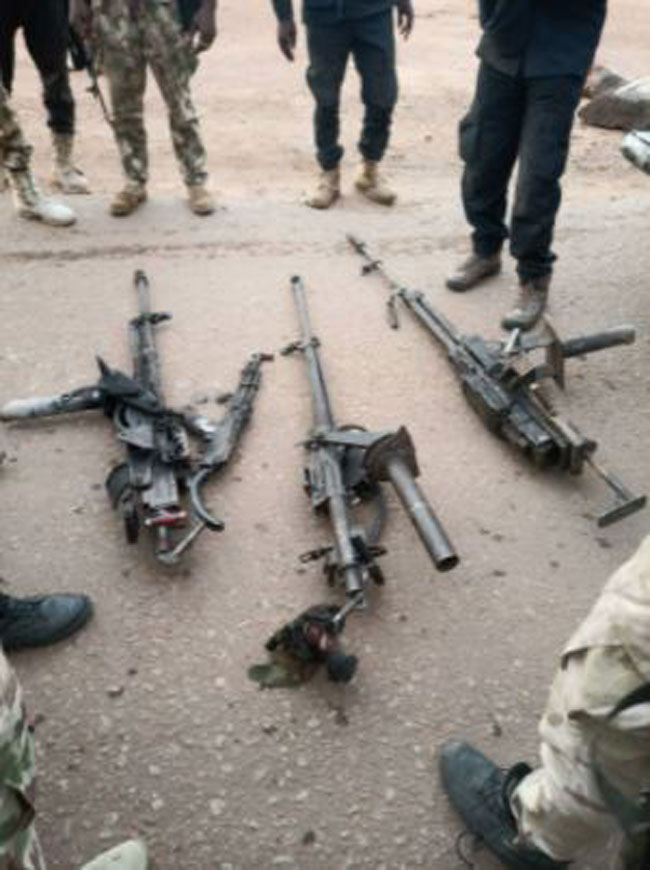 He reiterated the commitment of the Nigerian Army under his leadership to bring terrorism and insurgency to an end in the North East.

In a similar vein, troops of the Joint Task Force North East Operation Hadin Kai (OPHK) deployed at the Forward Operational Base (FOB) of 152 Battalion, Kumshe in Borno State have on Sunday, foiled an attempted attack by Boko Haram terrorists.

The terrorists mounted on four gun trucks and several motorcycles attempted to infiltrate and attack the camp through the northern part of the troops’ deployment but were met with fierce fire by the highly alert troops, resulting in the instant killing of six terrorists. 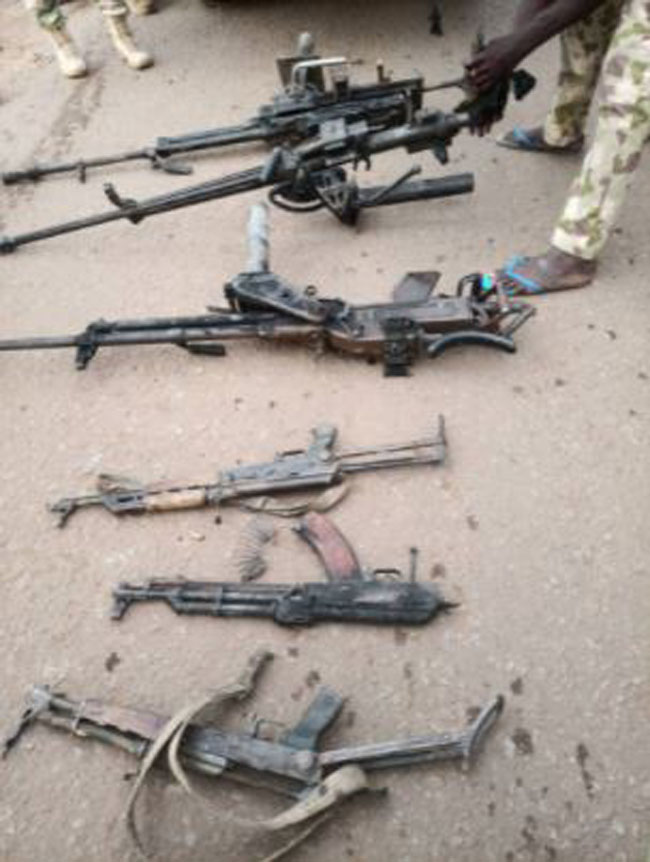 According to Nwachukwu, the troops, who remained dogged and sustained heavy gunfire on the terrorists during the encounter, routed and forced the terrorists to flee in total disarray, leading to the capture of six AK 47 Rifles, one handheld grenade, assorted drugs, and other first aid items.

Meanwhile, the Chief of Army Staff (COAS) Major General Faruk Yahaya was at the Theatre Headquarters Joint Task Force North East Operation HADIN KAI (OPHK) on his maiden operational visit to the Theatre from 16-19 June to assess the operational and welfare state of the troops.

During his visit to the hospitals, he assured troops of adequate medicare and support in the ongoing counter-insurgency operations. 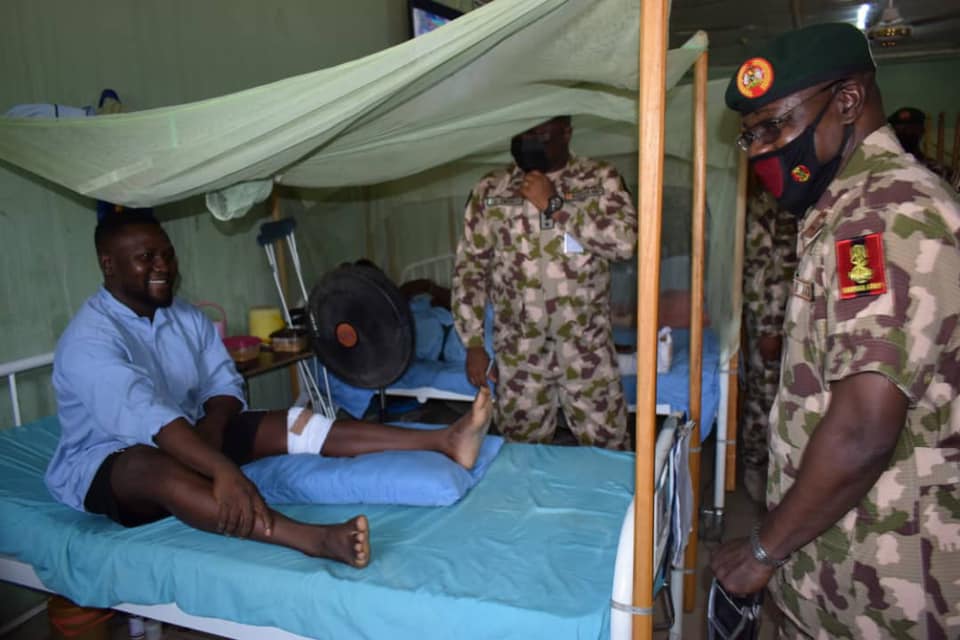 The COAS gave the assurances on Friday, 18 June 2021 when he visited the 7 Division Hospital and University of Maiduguri Teaching Hospital (UMTH) to commiserate with the sick and wounded in action troops recuperating at the medical facilities.

The COAS also prayed for their speedy recovery.

While at the hospital, the COAS took time to interact with the soldiers and assured them of proper medical care and welfare, adding that their medical care is of utmost importance to him.

He averred that the nation is indeed proud of the soldiers’ selfless service and sacrifices towards restoring peace to the North East region. 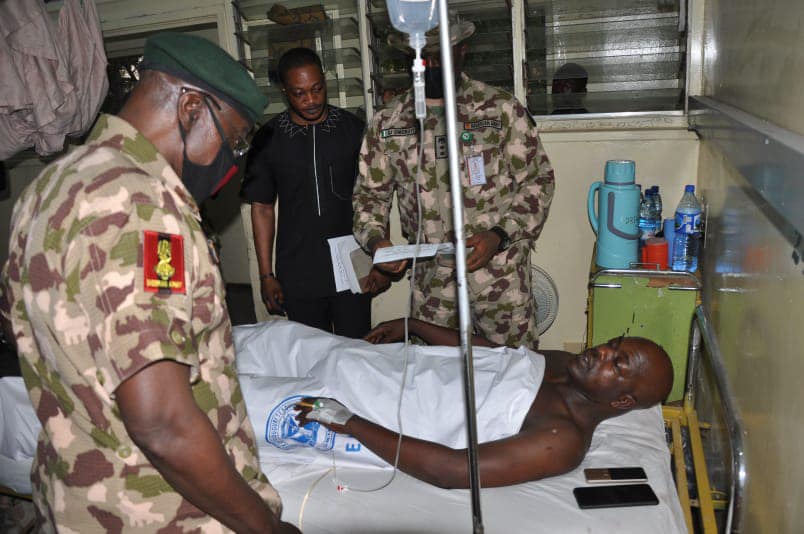 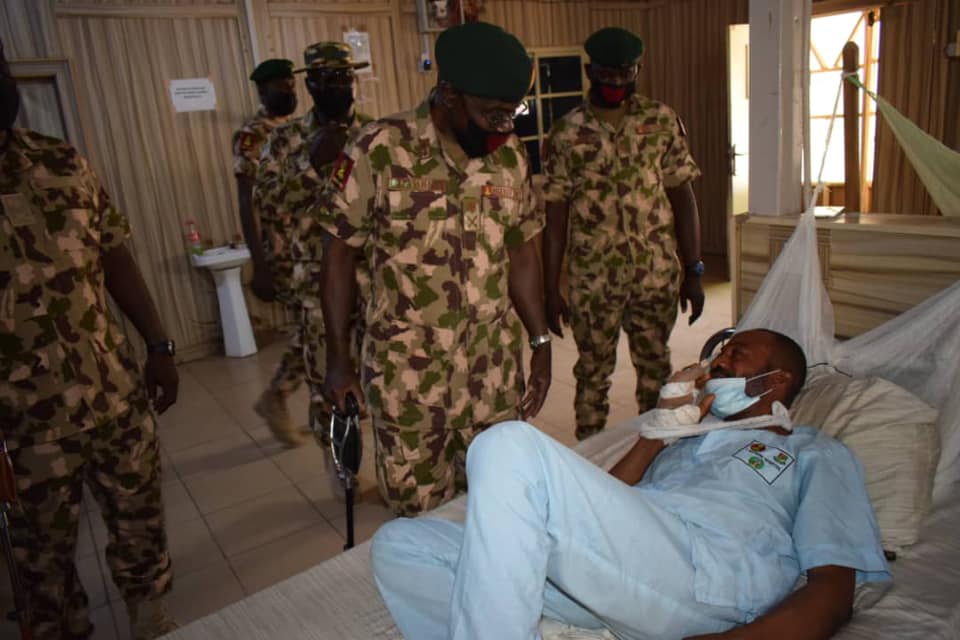 Bandits Kidnap Family Of Eight, Four Others In Zaria