President Muhammadu Buhari has sent a special envoy to South Africa over the killing of Nigerians in the country.

The President’s Special Adviser on Media and Publicity, Mr Femi Adesina, disclosed this in a statement on Tuesday.

According to the statement, President Buhari asked the envoy to convey his concerns to South African President Cyril Ramaphosa and engage him on the killings.

While the envoy would arrive in Pretoria latest Thursday, President Buhari directed the Minister of Foreign Affairs, Geoffrey Onyeama, to summon the South African High Commissioner to Nigeria.

The minister was asked to get a brief on the situation and get the assurance of South African authorities on the safety of the lives and property of Nigerians in the country.

The meeting may not be unconnected with the President’s directive to engage the South African envoy on the killing of Nigerians in the country.

At the meeting, Monroe denied reports of Xenophobic attacks in his country, saying the violence was not targeted at Nigerians.

He, however, said the attacks were ‘sporadic acts of violence’, claiming that businesses belonging to South Africans were also affected.

President Muhammadu Buhari has noted with deep concern, reported attacks on Nigerian citizens and property in South Africa since August 29, 2019.

Consequently, the President has instructed the Minister of Foreign Affairs, Geoffrey Onyeama, to summon the South African High Commissioner to Nigeria and get a brief on the situation; express Nigeria’s displeasure over the treatment of her citizens; and assurance of the safety of their lives and property.

President Buhari has also despatched a Special Envoy to convey to President Cyril Ramaphosa his concerns and also interact with his South African counterpart on the situation.

The Special Envoy is expected to arrive in Pretoria latest Thursday, September 5, 2019. 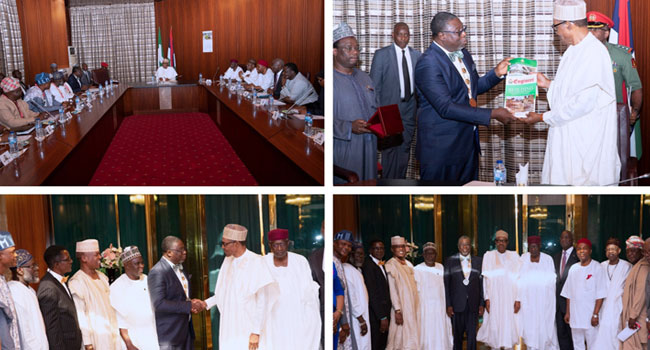