As she took up the new role on Monday, the former Nigerian finance and foreign minister said she was eager to get straight to work as the first woman and first African to lead the beleaguered World Trade Organization.

“I am coming into one of the most important institutions in the world and we have a lot of work to do,” Iweala said as she arrived for her first day on the job in Geneva.

Hopes abound that the 66-year-old will be able to help the WTO address a range of towering challenges, including navigating through the global economic crisis triggered by the pandemic.

“The WTO is too important to allow it to be slowed down, paralysed and moribund,” she told AFP a day after her nomination last month. 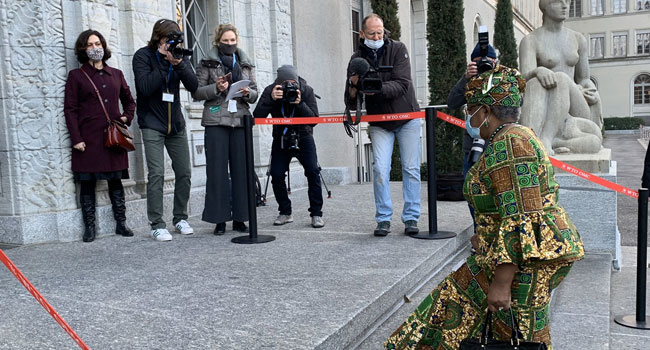 Known as Dr. Ngozi, she is taking the helm after the WTO was left adrift for six months following the sudden departure of Brazilian career diplomat Roberto Azevedo last August, a year ahead of schedule.

Following a lengthy selection process, Ngozi, a development economist who spent 25 years at the World Bank, was finally anointed by the WTO’s 164 members on February 15.

From an initial eight candidates, Ngozi was the clear favourite among the last two standing in November. However, her appointment was delayed by former US president Donald Trump blocking her nomination.

The arrival of his successor Joe Biden made it possible for her to receive the consensus backing required to end the impasse. 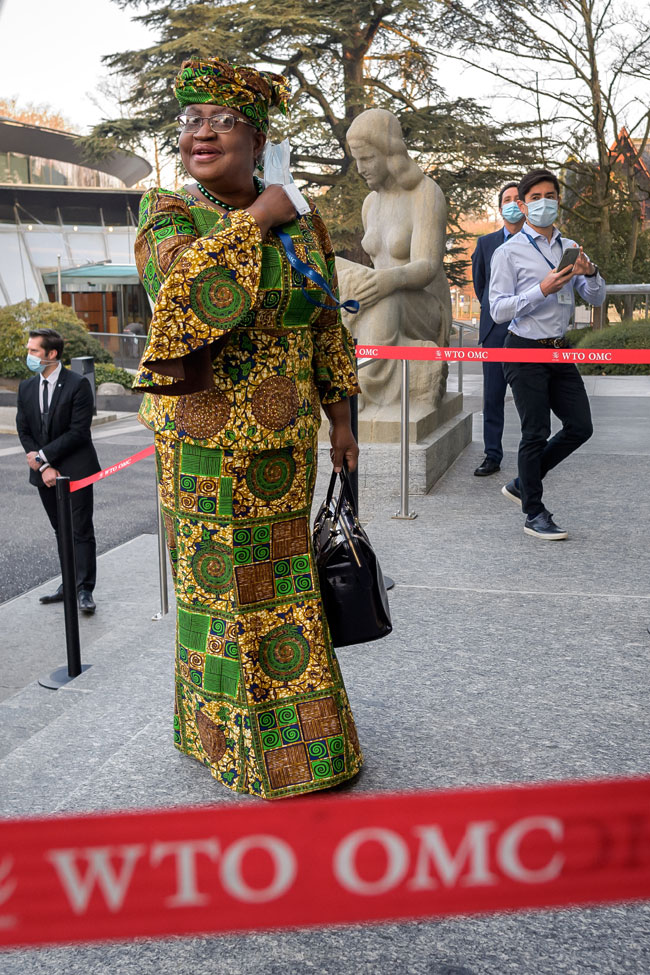 Ngozi is hitting the ground running, with her first day on the job in Geneva coinciding with the annual meeting of the WTO’s General Council.

“I am hoping to be able to listen in and see what delegations have to say, what ambassadors have to say, about the key issues,” she told journalists about her expectations for her first day.

Delegates are expected to agree that the organisation’s next ministerial conference, which had been scheduled for last year but was postponed due to the pandemic, will be held in Geneva in December.

Questions remain as to whether the new WTO chief, considered a strong-willed trailblazer, will be able to mould the organisation in her image before then.

While some observers voice hope that Ngozi will inject much-needed energy, others stress she has little wiggle room to make dramatic changes, given that WTO decisions are made by member states — and only when they can reach consensus.

Ngozi has said she is keen to push long-blocked trade talks on fishery subsidies across the finish line in time for the ministerial conference, but with negotiations dragging on, that could be a tough sell.

And in the midst of a global economic crisis, she has plenty of other challenges on her plate.

She has voiced particular concern about growing protectionism and nationalism during the coronavirus crisis and insists that trade barriers must be lowered to help the world recover.

Among the issues to be discussed Monday is a controversial push for the WTO to waive intellectual property rights for Covid-19 vaccines.

Dozens of nations say this would help boost production and access and would rein in the pandemic sooner, but the notion has been fiercely rejected by pharmaceutical giants and the countries that host them.

Ngozi chaired the Gavi vaccine alliance before running for the WTO and has made tackling the pandemic one of her priorities.

In a likely bid to avoid a row on day one, Ngozi has called for flexibility, encouraging voluntary licensing agreements, such as the one agreed between AstraZeneca and the Serum Institute of India, whereby the SII factory manufactures the pharmaceutical giant’s Covid-19 vaccines.

The Ottawa Group, which brings together the EU and 12 countries including Brazil, Canada and Switzerland, will meanwhile demand that countries commit not to hindering the flow of medical goods during the pandemic, and removing customs duties on those considered essential.

Another daunting challenge facing the new director-general will be following through on her vow to breathe life back into the appeals branch of the WTO’s dispute settlement system.

The Appellate Body, sometimes called the supreme court of world trade, ground to a halt in December 2019 after years of relentless US opposition.

The United States, along with European countries and Canada, also want an overhaul at the WTO, believing it has not responded correctly to the trade distortions caused by China.