At least 23 persons have been confirmed dead and many others injured following a tanker explosion on Wednesday morning at the Felele axis of Lokoja the Kogi State capital.

Over five vehicles were completely burnt in the road crash and eyewitnesses say some of the victims include students of Kogi Polytechnic.

Confirming the casualty figure to Channels Television, the sector commander of the Federal Road Safety Corps (FRSC) in Kogi State, Idris Fika says at least 23 bodies have been pulled from the wreckage.

The accident occurred after a truck laden with Premium Motor Spirit lost control following a brake failure and rammed into five other oncoming vehicles. 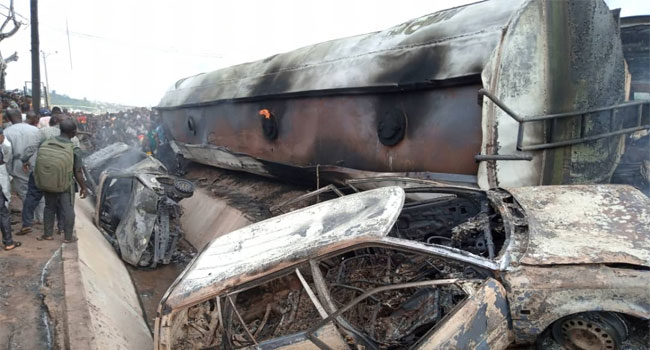 Eyewitnesses however say over 50 people may have been killed in the blaze, including some residents who were waiting to board commercial vehicles by the roadside.

As at the time of this report, there is tension around the area, after law enforcement officials left the scene, with students of nearby Kogi Polytechnic protesting the frequent road accidents in the area.

In the statement signed by his spokesperson, Onogwu Muhammed, the governor expressed his condolence to the families of those affected by the occurrence.

“It is very sad to learn of the tragic loss of lives, many vehicles, property and other valuables in the petrol tanker fire,” he said.

The governor, however, urged the students of Kogi State Polytechnic to remain calm and peaceful, stating that he shared in their grieving moment over the death of some of their colleagues in the disaster.

See more photos from the accident scene below… 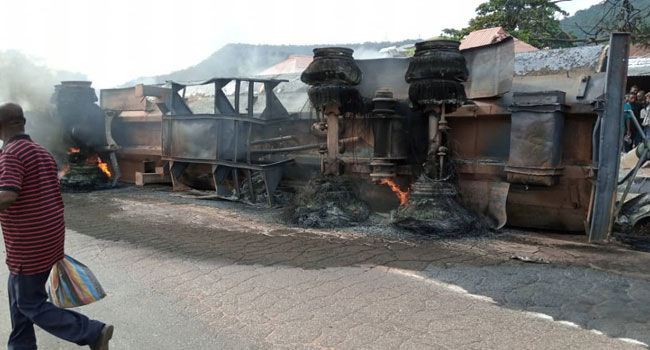 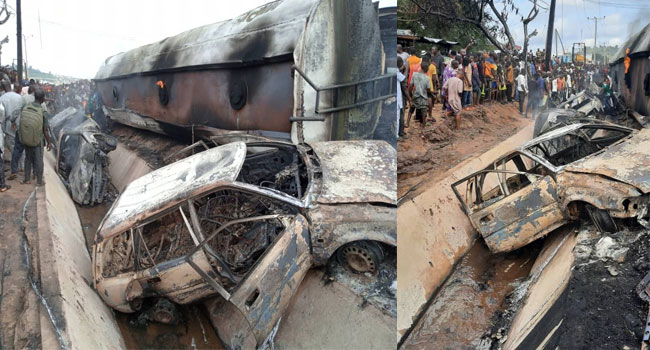