At least six persons were killed on Tuesday morning after a truck fully loaded with zinc rammed into some vehicles, tricycles, and bikes on Doma Bridge, Gombe State.

The truck was reported to have rammed into other vehicles and in the process knocked them into a nearby canal.

According to an eyewitness, Abdullahi Usman, the articulated truck lost control and rammed into some motorist and pedestrians.

Usman described the accident as “the worse accident we have seen in this area.” He added that “the truck was speeding and suddenly lost control,” resulting in the multiple accidents.

“We evacuated over twenty people from the scene of the accident,” he added.

Victims who were badly injured from the accident, numbering about 10 were immediately rushed to the hospital.

The number of the victims was confirmed by the police spokesperson in the state, DCP Nasiru Mohammad. 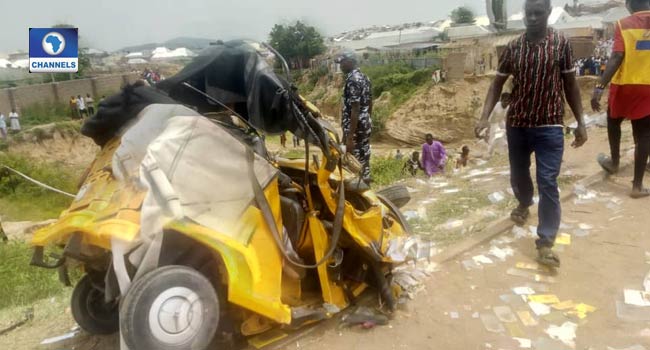 The bridge is notorious for accidents as this is the third accident to be recorded at the same spot this year. Two petroleum tanker accidents were reported earlier this year at the area. 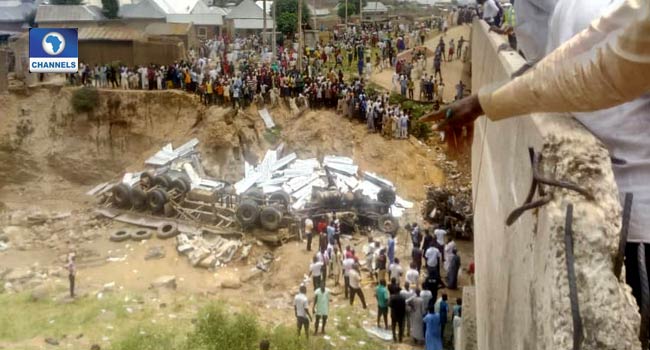