he full list of winners at the Oscar Awards 2022 also called the Academy Awards has emerged. The 94th award ceremony had Beyonce, Megan Thee Stallion perform at the Dolby Theatre in Hollywood. Regina Hall, Amy Schumer and Wanda Sykes were the hosts of the star-studded event. See the full list of winners below; Best […]

The Winners of 2021 MTV EMA are here! The awards show kicked off on Sunday with a ceremony hosted by Saweetie! And performances by Ed Sheeran, Maluma, Yungblud, Kim Petras, and more. Biggest global superstars came together for a celebration of music held at Papp László Budapest Sportaréna in Hungary on Sunday, for a night […]

Recently evicted Big Brother Naija housemate, Princess Francis has debunked reports that she got a car gift from her fans after her eviction from the show. The reality star debunked the report in a post on her Instagram page on Tuesday, describing it as fake news. After her exit from Big Brother’s house on Sunday […]

Richard Donner, a prolific filmmaker who directed the first “Superman” movie, “The Goonies,” and other blockbuster hits, died on Monday at age 91, US media reported.  Donner’s other credits include the 1976 horror classic “The Omen,” the “Lethal Weapon” cop franchise with Mel Gibson and Danny Glover starting in 1987,  “Scrooged” (1988) and his final […]

For the third time in a row, Burna Boy took him the plaque after he was named the winner at the 2021 BET Awards on Sunday, June 27, 2021 at Microsoft Theater in Los Angeles. The 29-year-old beat fellow Nigerian singer Wizkid, Diamond Platnumz from Tanzania and other artistes to win the award. He was present […]

The Spice Girls, along with Victoria Beckham, are releasing next month their first new music album since 2007 to mark their 25th anniversary. All the five stars are on the Wannabe25 EP track. In the album is the song Feed Your Love, a previously unreleased ballad, featuring Victoria Beckham A slow, soulful song, it was […] 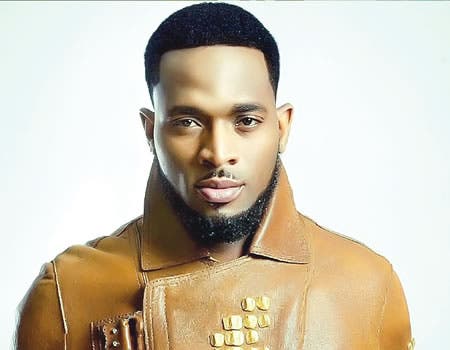 Nigerian singer and songwriter, Oladapo Daniel Oyebanjo, better known by his stage name D’banj has publicly declared he is born again. This comes a few days after Chidimma Ekile dumped circular music and opt for gospel songs. In a video making the rounds on social media, Dbanj declared he is for Jesus at a Christian […] 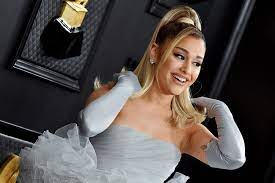 Popular American actress and pop star, Ariana Grande, has married her fiancé Dalton Gomez in a private ceremony over the weekend. The pair ignited dating rumours early 2020 when fans discovered Dalton in several photos of Ariana. The rumours were first confirmed when Ariana shared pictures of herself and Dalton in April on her Instagram […] 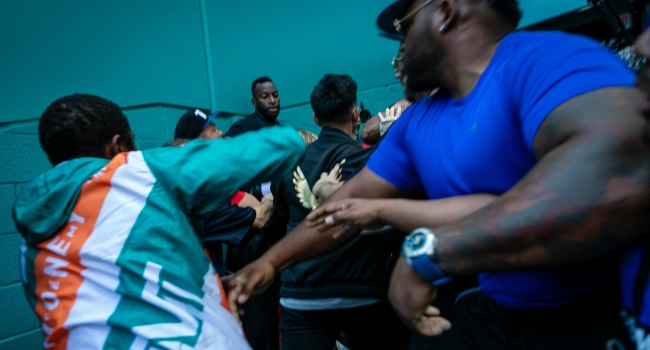 Floyd Mayweather was involved in a chaotic brawl on Thursday during the build-up to next month’s fight with Internet star Logan Paul as tempers boiled over at a press conference in Miami. The undefeated 44-year-old former welterweight world champion reacted angrily at the Hard Rock Stadium after Paul’s brother, Jake, grabbed his cap during a […]