Gunmen have razed the home of Mr Hilary Akaolisa, the father of the Imo State Attorney General and Commissioner for Justice, Barrister Cyprian Akaolisa, in Obibi, Awo-Idemili community of Orsu Local Government Area of Imo state.

While confirming the incident to Channels Television, the commissioner said the hoodlums came in their numbers in the late hours of Saturday and shot sporadically in the air. 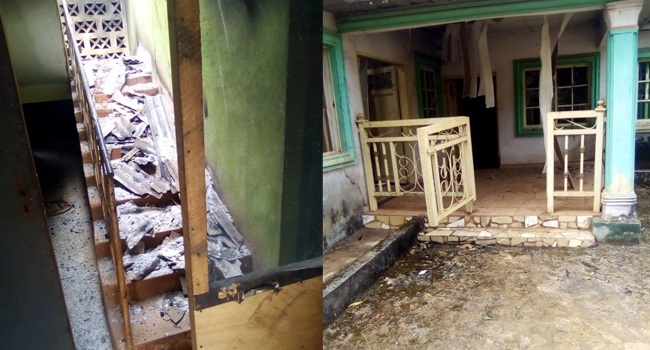 He explained they came in a truck which they used in carrying all properties in the building such as refrigerators, TV sets, generating sets, mattresses, and other household items before setting the house ablaze with improvised explosive devices. According to him, all cars parked within the premises were also burnt down.

The commissioner said although no lives were lost and no one was harmed, the inhabitants of the house have fled to safety. 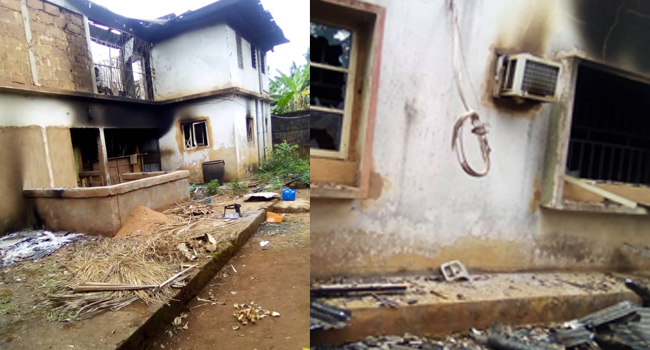 Barrister Akolisa also disclosed that In June 2021, gunmen also attacked his building in his country home and razed it down.

See more photos from the attack below: 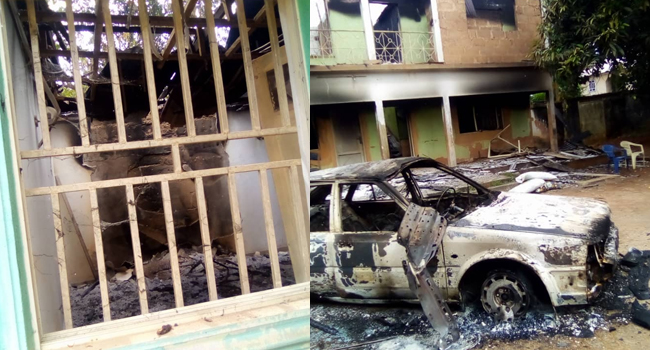 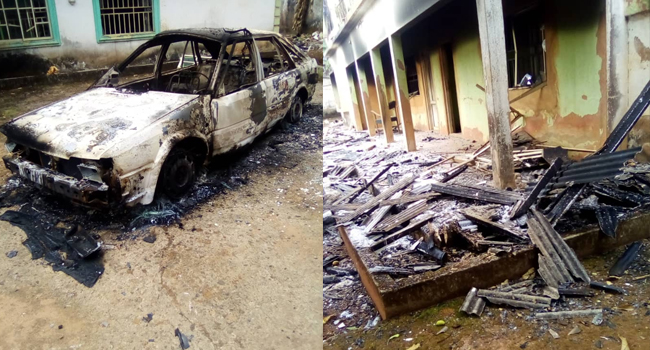