The house of Sunday Adeyemi ‘Igboho’, the man at the centre of the recent eviction controversy in Oyo State, was set ablaze in the early hours of Tuesday.

Confirming the incident to Channels Television, the Oyo State Police Command said it received a distress call about the fire around 6 am.

Efforts are on to get to the root of the matter, police spokesman Gbenga Fadeyi said.

“At about 0620 hrs of today 26/01/2021, report was received at Santo Police Station that some unidentified hoodlums came to Sunday Igboho’s house at SOKA area of Ibadan in a Hummer bus and Micra firing sporadically, and set the house ablaze,” the police statement said. 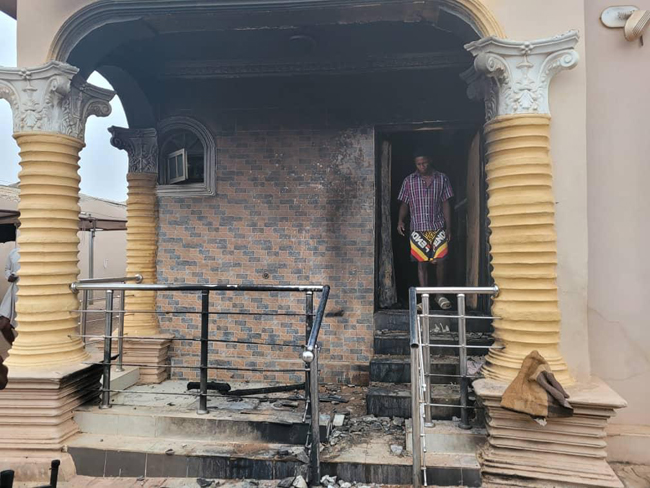 “Immediately the DPO Sanyo got wind of the incident, he contacted Fire service while he also went to the scene for on the spot assessment.

“The fire was eventually put out. 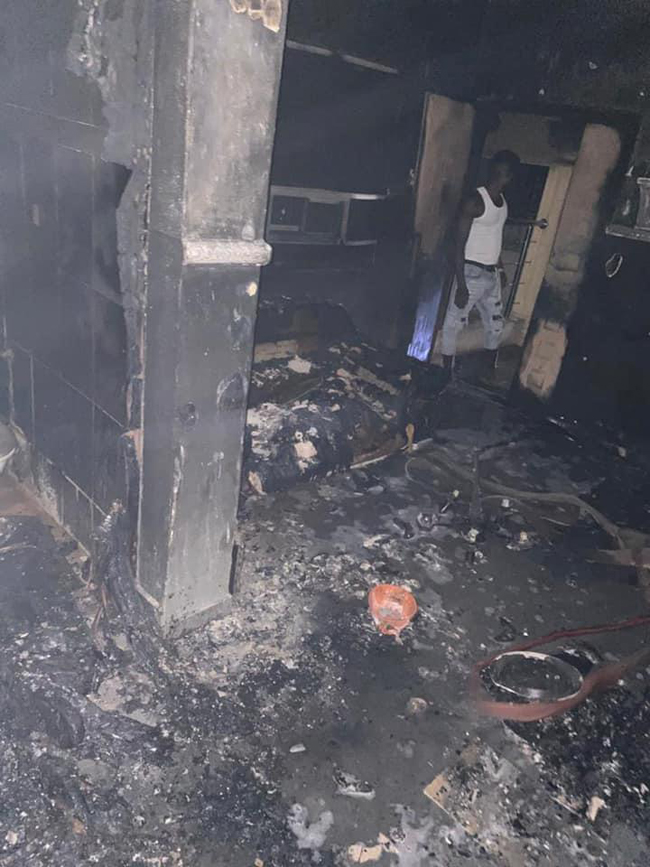 “Investigation has commenced into the incident while the Police is on the trail of the hoodlums.”

Mr. Igboho, an Oyo indigene, has been a prominent figure in the recent tensions between herders and the local community in the Ibarapa area of Oyo State.

He had allegedly issued an eviction notice to the herders over allegations of kidnappings, killings, rape, and other violent activities.

The ultimatum expired last week and Igboho held a massive rally in the community after which some houses and properties in the herder’s settlements were torched, according to the police. 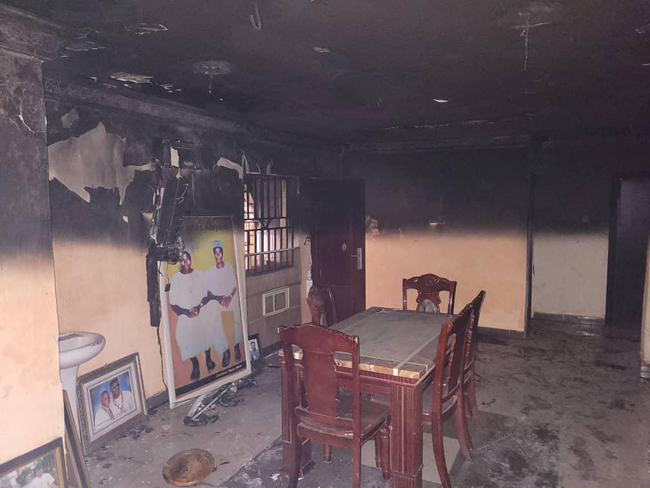 On Monday, South-West leaders met with the Miyetti Allah Cattle Breeders Association of Nigeria (MACBAN) to “find lasting solutions to the incessant killings, kidnapping, and crises between herdsmen and farmers in the Southwest geo-political zone of the country.”

After the meeting, all parties agreed to ban night grazing and under-age herding.

The illegal occupation of State Forest Reserves was also condemned at the meeting.

Speaking on Tuesday after the house went up in flames, Igboho said property worth N50 million has been lost to the inferno.

He said the arsonists broke the gate to the building to gain entrance before setting the house on fire.

He added that the two people living in the house fled for their lives in the chaos.

Igboho also stressed that he was not a political thug available for hire.

Below are more photos of the razed house: 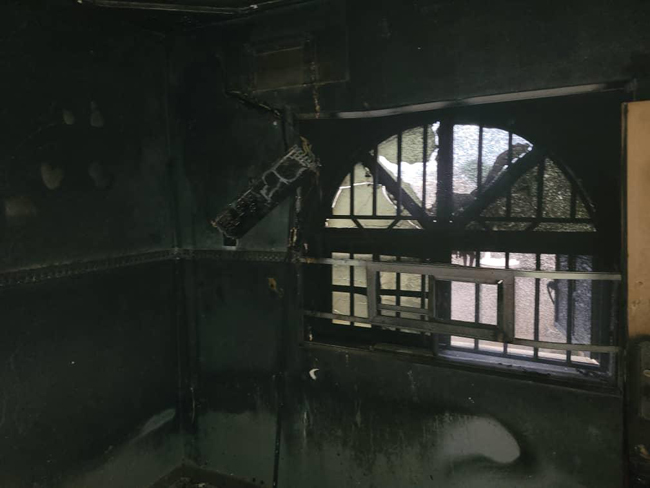 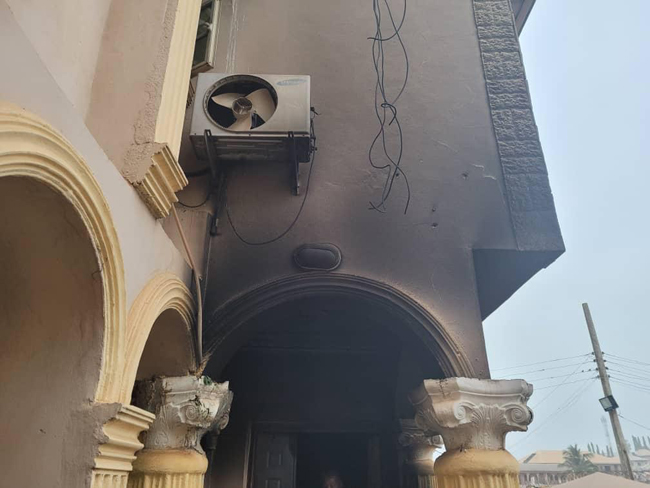 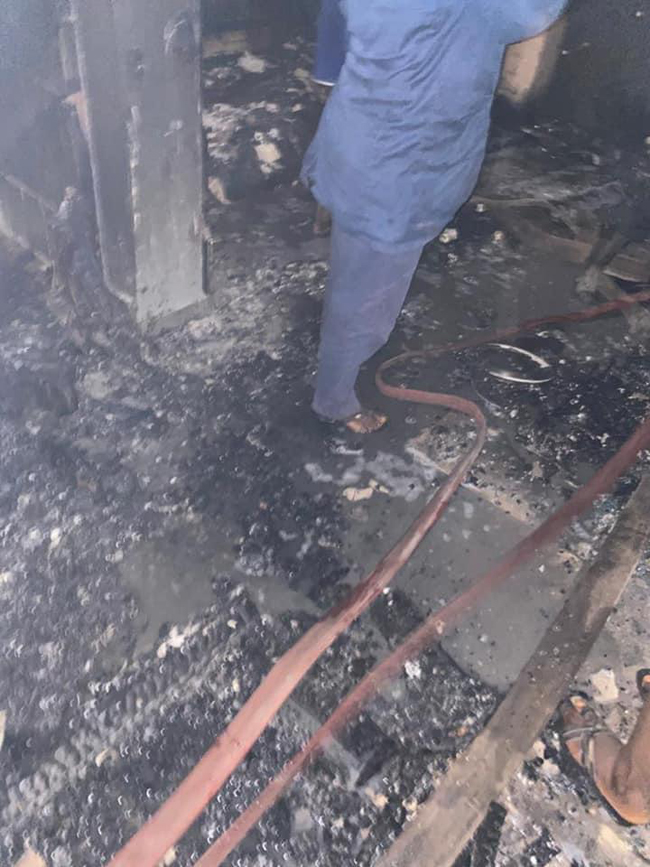 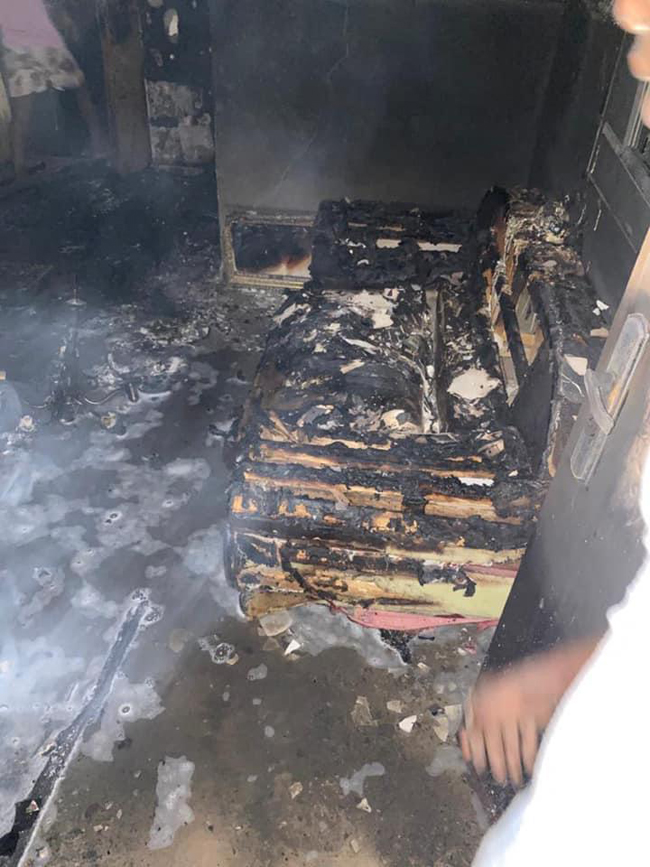