Members of the Islamic Movement of Nigeria (IMN) loyal to Ibrahim El-Zakzaky have injured at nine police officers during a protest at the National Assembly complex.

The protesters stormed the parliament building on Tuesday, demanding the release of their leader, El-Zakzaky.

They were denied entrance at the second gate, after gaining access through the front gate by the three arms zone.

Vehicles were destroyed and burnt, while nine officers sustained injuries to the head and leg when the protesters attacked them.

According to a statement by the Police Public Relations Officer, FCT Command, DSP Anjuguri Manzah, two officers who were shot on the leg and seven personnel who sustained injuries during the clash, have been rushed to the hospital.

DSP Manzah added that 40 members of the sect have been arrested in connection with the violent protest, and investigation is in progress.

“Members of the sect during the violent protest shot two (2) police personnel on the leg, while clubs and stones were used to inflict injuries on seven (7) other policemen. The injured policemen have been taken to the hospital for prompt medical attention.

“Meanwhile, forty (40) members of the sect have been arrested in connection with the violent protest. Investigation is in progress. Those arrested in the process will be dealt with in accordance with the appropriate law of the land.”

Meanwhile, President of the Senate, Ahmad Lawan, has visited the injured offices, but chose not to comment until he is fully briefed about the incident.

El-Zakzaky has been in custody since fighting between his supporters and the army broke out in December 2015.

Zakzaky’s supporters have repeatedly protested in Abuja and several northern cities against the continued detention of their leader. 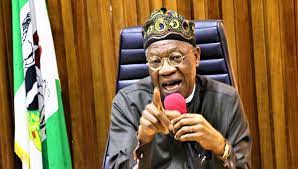