The acting chairman of the Economic and Financial Crimes Commission (EFCC), Ibrahim Magu has come out to defend the raids on nightclubs in the country, insisting that there is nothing wrong in it.

Mr Magu said the move is important because that’s where internet fraudsters gather and spend the money gotten from their victims. 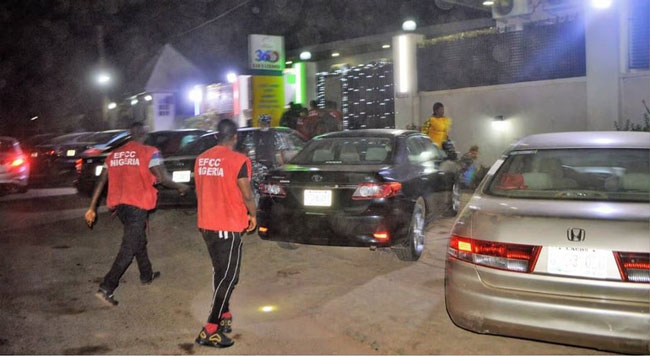 The EFCC boss who was in Ibadan to inspect the new recruits of the commission at the state zonal office on Wednesday, stressed that the raid on the nightclubs is based on credible intelligence gathered.

“It is not about nightclub, raiding of nightclub is left to the police, we don’t have much power, and we will go there when we are sure it is the fraudsters.

“We are not raiding nightclub, we are going after the yahoo yahoo boys and we always do that when we have a credible intelligence.”

He added that the fraudsters are small boys and need the support of everybody to rehabilitate them.

“What we will do is that we have to collaborate to rehabilitate them into the society. These are small boys who are intelligent, they can be useful.

“There are a lot of fraudsters who have made millions, we can find a way to bring them back so they can be better citizens tomorrow,” he said.