Some youths in Niger State have shut down the Minna-Suleja Road to stage a protest.

The demonstrators stormed the road in large a number on Monday morning to protest what they called neglect by the Federal Government.

They accused the Federal Government of neglecting federal roads in Niger State and called on the President to come to their aid.

During the protest, some of the protesters dance to a song by hip hop singer Eedris Abdulkareem, in which he called the attention of the government to the plights of Nigerians. 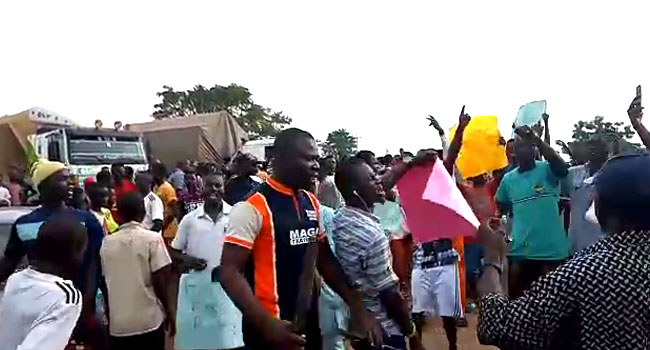 The protesters in one of their placards and banners called on President Muhammadu Buhari to save them.

According to them, people die every day in the state and Niger is part of Nigeria.

Some travellers on the Minna-Suleja Road were left stranded as a result of the protest.

However, officials of the Nigeria Security and Civil Defence Corps (NSCDC) arrived at the scene to calm the protesters.

The Minna-Suleja Road connects Niger State to Abuja and generally links the north-west region of the country to the Federal Capital Territory.