Justice Esther Edigin has been sworn in as the seventh Chief Judge of Edo State.

She takes over from Justice Esohe Ikponmwen who is now retired.

The swearing-in ceremony held on Friday at the Banquet Hall of the Government House in Benin City, the Edo State capital.

It had in attendance the state governor, Mr Godwin Obaseki, as well as top government officials and members of the judiciary in the state.

In his address at the ceremony, Governor Obaseki asked the new chief judge to expedite effective service delivery in the state’s judiciary.

Justice Edigin, in her response, said that the fight against corruption would be top on her priority list.

Highlights of the event are captured in the pictures below: 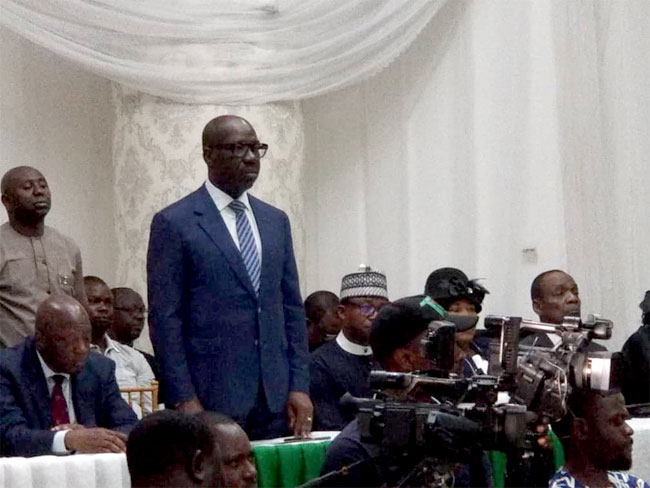 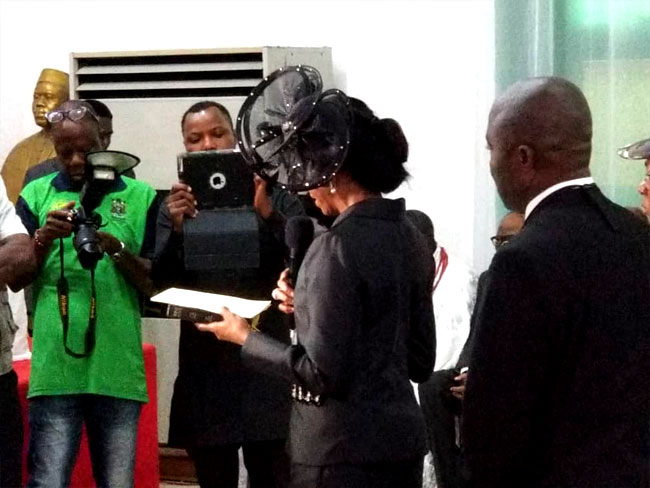 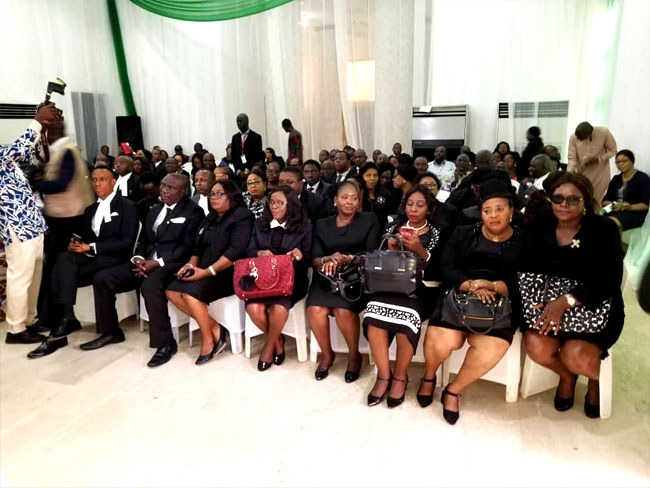 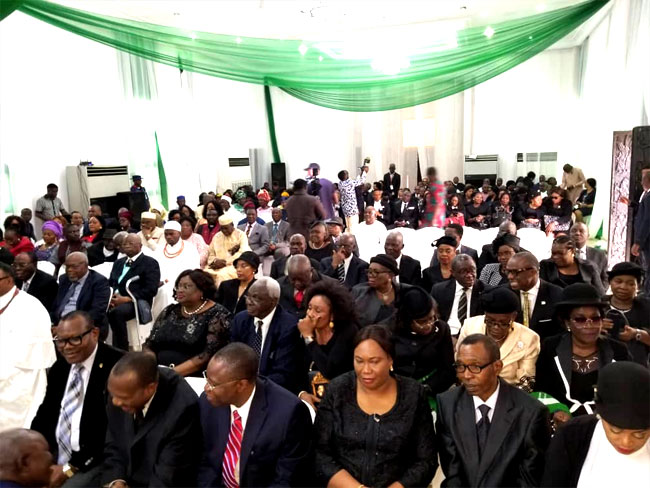 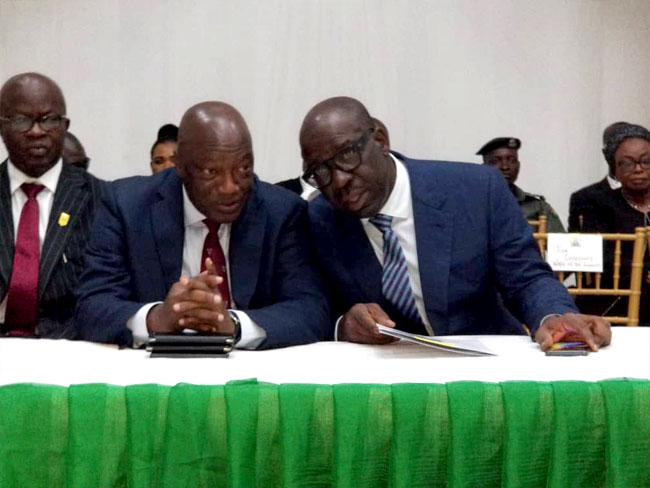 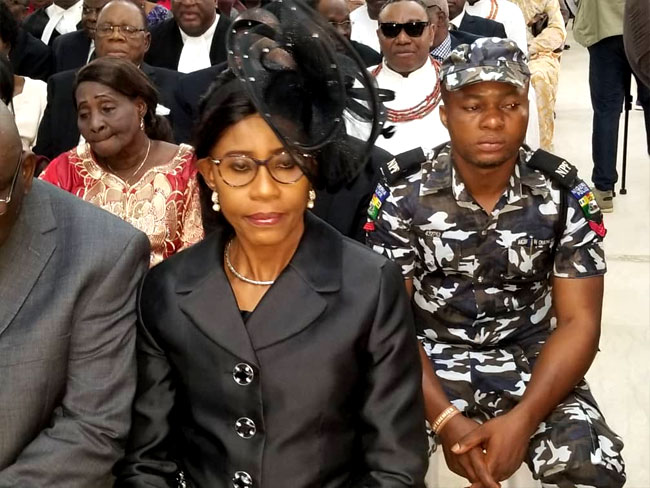 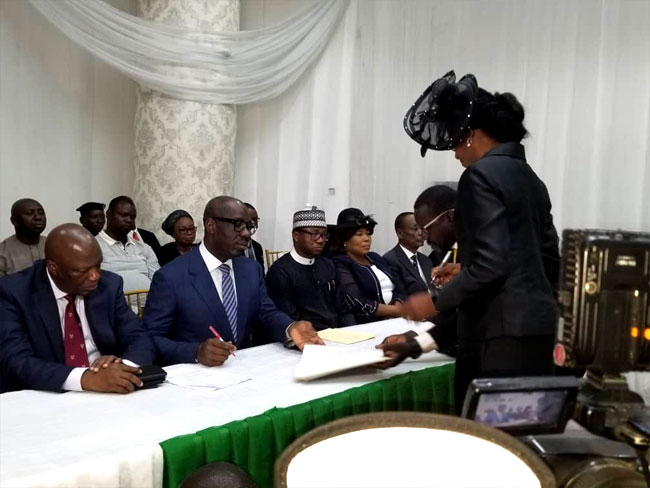 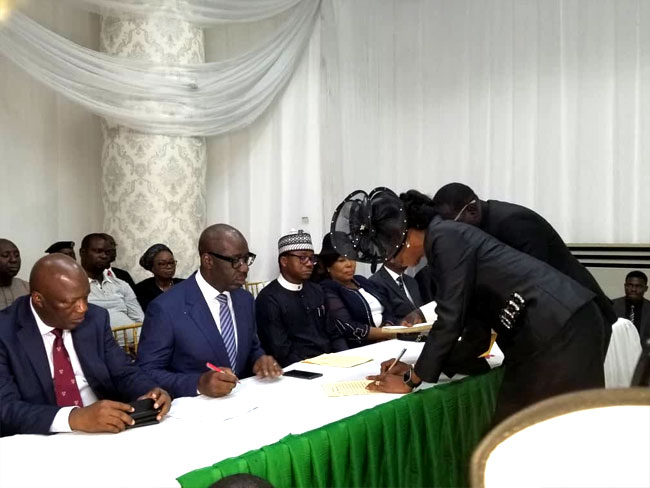 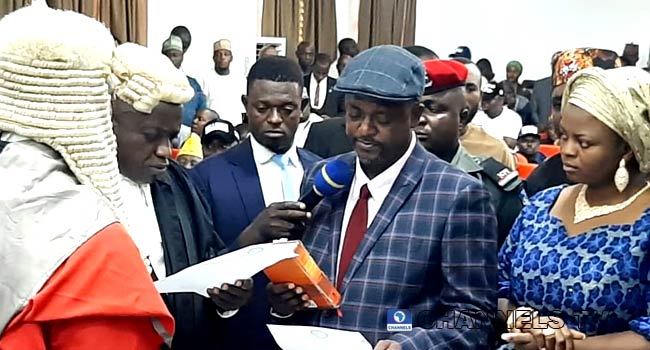 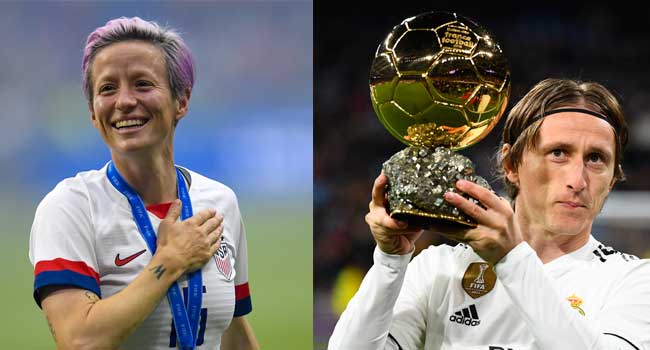 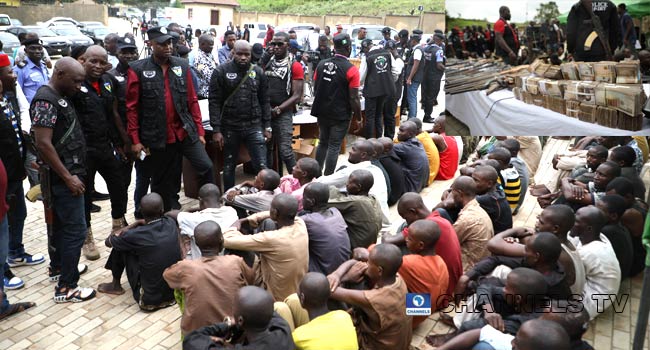