He stated that while the governors have a critical role to play as the Chief Security Officer in their respective states, the President swore to an oath to protect the people of Nigeria.

Governor Wike made the remarks on Tuesday in reaction to the comments by the President who had asked governors to focus on their work rather than engaging in frequent visits to the Aso Villa.

The Governor added “Let me also tell Mr President, he has said that security issues are left to the states; haba nau, President no be so (that is not true).

According to him, only the President has the power to appoint the heads of various security agencies such as the police, Nigerian Army, Nigerian Navy, Nigerian Air Force, Department of State Services (DSS), among others.

Governor Wike decried that the situation was so bad that governors could not give directives to commissioners of police in their states without the approval of the Inspector-General of Police appointed by the President.

“Allow us to pick who will be in charge; then you will see whether it will be the same thing because they (the security chiefs) cannot act until they take powers from you; we cannot tell them what to do.

“So, why are we shifting the goalpost when the match is almost completed? It is not good. It is not only to borrow money that one person will be in charge, you (Buhari) must also be in charge of all other things,” he said.

The Governor added, “Mr President should have come out openly and said ‘my APC governors, stop worrying me and go back to your states and do your work’. I, as the governor of River State under PDP; he will never find my leg (at the Villa); I will not go there.” 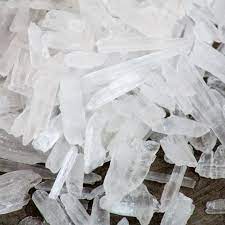